Why You May Need A Prenuptial Agreement

Why You May Need A Prenuptial Agreement

Some Reasons Why You May Need a Prenuptial Agreement 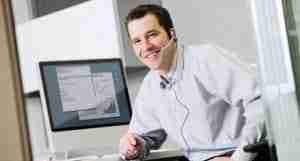 PinAttorneys that specialize in this type of law say that a prenup can benefit anyone, even those individuals that enter a marriage with very little assets. Is this true? Or are these matrimonial attorneys just looking for more business? Read on and let’s find out.

The first reason is that the couple will more than likely acquire various assets during the marriage, and even though they may be a young couple just beginning their careers, matrimonial law varies from state to state. The temperament and expertise of judges varies as well, and they don’t want some unknown judge deciding who gets what. Lawyers say that no two divorces are alike. This makes sense.

Another reason is, and as an example, sometimes the husband or the wife may bring high student loans into the marriage. This type of debt is “individually owned”; however, a divorce court or judge can consider it to be joint. This can be particularly true using an example of one spouse that graduated from medical school where the average student loans can total $200,000.00 or more. Having a judge make that debt joint could be a problem for the other spouse.

A divorce is stressful in itself for both spouses, and by planning in advance how the assets, earnings, and debt will be divided, can alleviate much of the added stress when they separate. Most couples today begin marriage on equal terms, that is, both have a job and are embarking on a career. This is true as well.

Okay, here are a few more reasons that perhaps a prenuptial agreement might be worth considering. These could apply to a couple married for many years or one just planning their wedding. If the couple has children, one of the spouses usually puts his/her career on hold so that a proper home is maintained for the child. That spouse’s earnings power is severely limited because they have placed their career on the back burner, so to speak.

Most matrimonial attorneys will ask the couple their opinion of alimony if the marriage ends in divorce, and on occasion, one spouse is quite surprised when they hear their partner’s comments. If that spouse doesn’t want to pay alimony, then that may change your mind about staying at home, and instead you will continue to work.

There are times when a prenup can be created after the couple is married. It’s called a post nuptial agreement, and there are times when this type is more difficult to enforce. These types are done when both spouses are bringing “something to the table”, and they bargain for exchange. An example would be one of the spouses agreeing to sign a post nuptial agreeing to permit the other spouse to purchase some other asset acquired in the marriage.

If one of the spouses agrees to stay at home to provide a home for the children, then a post nuptial agreement could be done to protect that spouse financially, since their career has been placed on hold.

You’re probably wondering what the “average”, or maybe a better word, “typical” prenup costs. It’s about half of the cost of the average engagement ring, or in the area of $2,500.00. This is also what the average cost to prepare an estate plan is.

If you do a search on the internet, you’ll find some of the do it yourself sites where you can also prepare a prenup. This is one area where you must exercise extreme care because just about every state has their own legal requirements. Many of these self prepared documents don’t stand up in court and are usually

To properly prepare a prenup, each spouse should be represented by their own attorney in order to avoid an ethical conflict of interest. If the same attorney represented both spouses, the prenup would be invalid in that case.  If you plan to have a prenup, don’t wait until the eleventh hour, as it will most certainly create additional stress on both parties.

Even worse, if you really need a prenup, don’t neglect to get it like the recent movie star who married without one. Usually, a movie star or some other wealthy individual will be advised by their financial adviser to get one.

No one marries with plans to get divorced, but it happens. In today’s society, unfortunately, it happens quite frequently. Not having a prenup can be compared to not having liability insurance on your car.

There are some states that have community property laws, which basically means that a couple’s assets are divided equally no matter what. Texas and California happen to operate under these laws making a prenup extremely important if the couple’s wishes are not a 50/50 split. A prenup will take precedence over these laws and will ensure that the couple’s wishes are carried out.

You can compare a prenup to a life insurance policy. No one wants to considers the worst case scenario, but when it happens, and you have the insurance, the stress is a lot less. The prenup is the same way, you don’t plan for a divorce to happen, but if it does, then your stress is reduced as well.

Most couples associate a prenup with high income individuals; however, as you’ve seen in this article, they can be important and relevant to many others. This is true especially in high debt situations, or one spouse putting their career on hold to care for the children. Are you convinced yet? Do you think you should have created one?

An accountant and tax preparer by profession, Gust’s true passion lies in his company blog titled “HBS Financial Group, Ltd.”. Through this venue, he not only tries to teach individuals about budgeting, money management, and taxation  but he writes the majority of the articles as well.

18 responses to “Why You May Need A Prenuptial Agreement”