Teach Your Child About Budgeting Money

Teach Your Child About Budgeting Money

Teach Your Child About Budgeting Money At An Early Age 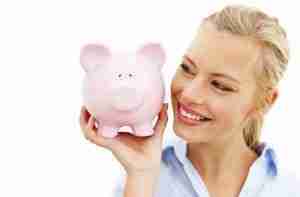 PinUntil your children reach college age, experts say not to waste your time trying to teach them about investing. They really don’t have any interest in investing at the younger ages, but generally are receptive to learning about budgeting money and saving. Of course, there are exceptions, and if your child is interested, then go for it.

We do recommend however, to place a priority on teaching your child money management and budgeting money at an early age, especially when they begin receiving an allowance. It’s a shame that more adults living today didn’t receive proper training in creating a budget and living within it. The number of home foreclosures and bankruptcies being filed on a daily basis, point this out.

We realize, however, that the current economic downturn, and job losses, led many to bankruptcy through no fault of their own. Some bought large homes with low floating teaser rates, and then when rates increased, they were caught in a squeeze.

One financial expert being interviewed gave a good example of a budgeting money lesson. His teenage daughter wanted to give a party at their home and he gave her a budget that she had to live by. Her idea was to have the party catered by a local restaurant. He advised her that with the budget given to her, there was no way she could afford a caterer. She was sure that she could until she called the restaurant.

All of a sudden, reality set in and she learned a very good lesson. Being creative, however, she went to one of the discount chains and bought the appetizers and other food she needed for the party. With a little more work, she pulled it off and didn’t exceed her budget. That father did his daughter the biggest favor, teaching her a perfect lesson in budgeting money.

Have you been in a store with your child and her eyes open wide at some impulse item that she wants, but doesn’t necessarily need, and she literally begs you to buy it? (Who hasn’t?) Instead of simply saying “no, you can’t have it”, a better way is to let her know that you have a home payment, a car payment, and are trying to save for the child’s college education. Because of that, money is limited, and you simply can’t afford to buy all of those things that we want.

Many parents are reluctant to reveal their finances with their children, but usually it is best that they are aware in a general way. Some parents believe that the schools will teach the child about money, but historically, that hasn’t been the case. Perhaps that is a part of the reason that children get into trouble with credit card debt as they get older. Some of their more affluent friends have everything, and these kids just buy so many things they don’t need, maxing out credit cards without the income to pay it.

The parents that don’t talk about budgeting money with their children may have concerns with the child knowing the details of their finances. But, there is no need for them to know how much money you earn, or how much your mortgage and car payments are, or any other bills that you may have.

The experts say that when your child enters middle school, they should be taught that you don’t have an unlimited source of money. A good way to express it is to say that you earn a certain amount of salary at your job, and on payday, before you even see your check, the federal and state government takes about one third for taxes. That leaves about two thirds for the family to live on.

In order for the family to stay in our home, we have to pay the house payment, and then gas and electric, water, telephone, and a car payment. After all that, we have to buy food, clothing, braces, and other medical expenses. If we buy this item that you want, then it means that we can’t buy or pay for some other item in our budget because our money being earned is a limited resource.

You can give your children an allowance, but it won’t teach them budgeting money as their housing and food is taken care of.  They will make some choices with their allowance like buying treats or going to a movie, but this isn’t real budgeting that they will have to do one day when they’re on their own.

Children have to learn that if they buy a certain item, then they won’t have the money to pay for something else they may need. Unfortunately, as they get older, and get into the bad habit of using a credit card if they don’t have the cash, they can build high debt quickly and get into trouble because they have no funds to pay it.

Somehow, we need to teach our children that many things we want are worth waiting for. Teach them that it’s best to save the money to buy those new jeans or new telephone, and to pay cash for them. Get them to start creating a budget, as simple as it may be, and living within it. Budgeting money is not difficult to learn. 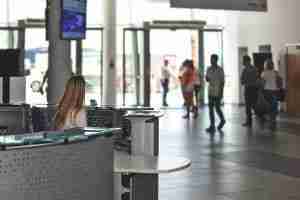 14 responses to “Teach Your Child About Budgeting Money”