The Shocking Truth about Refinancing a Student Loan 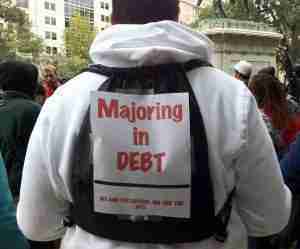 Refinancing a student loan makes sense to us, but to the government who administers the loan program, it apparently doesn’t.  Do you think that it has anything to do with the estimated profit of 51 BILLION dollars that the Education Department will make on student loans to students and parents this year?

Nah, they wouldn’t do that, would they? Does it matter also that student loan delinquencies are at an all time high? Many of these loans can’t be repaid because graduating college students can’t find a job due to the horrible economic conditions that still exist in many industries and states.

I realize that many of these same students have created this problem by choosing an educational path that they simply could never afford. By choosing a less expensive college as an example, or heaven forbid, attending a community college could have saved a lot of money. Working a part time job and paying as you go would save a lot as well.