Save Your Home Budget By Heading Off Taxmageddon

Save Your Home Budget By Heading Off Taxmageddon

5 Ways to Head Off Taxmageddon & Save Your Home Budget 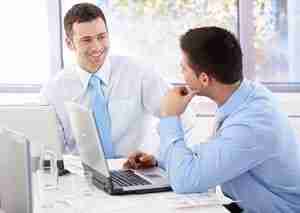 PinOne of the new buzzwords, “fiscal cliff”, has generated yet another buzzword, and this one is called “taxmageddon”.  We’re not too sure who thinks these words up, but they all refer to and describe the consequences that will occur if the Bush era tax cuts that will expire on December 31, 2012, are not extended. This could have an adverse effect on your home budget.

Even if they finally agree on a resolution to this fiscal cliff scenario, there will be many Americans who will either see an increase in their tax bill, or they will see more of their money gone from their home budget because of spending cuts in Medicare or many other services. So, who wins? All of this political rhetoric on helping individuals in the middle and lower tax brackets, is nothing more than the usual Washington smoke.

Is this new buzzword, taxmageddon, more rhetoric to raise our emotions to a fever pitch? Many financial experts feel that taxmageddon is very real and will arrive. Some even say that it arrived four years ago when the current administration was elected.

Current estimates now indicate that the average United States household will be paying an additional $3,800 in taxes during 2013 because of all of the changes. So, whatever side of the fence you’re on, tax and financial experts are suggesting that you begin to prepare now by adjusting the home budget. Their top five tips are as follows:

Be aware as well, that until the Alternative Minimum Tax is corrected and adjusted, more and more of us will be falling into that pit and finding additional taxes staring us in the face. If you are able to determine your potential increase in tax liability now, you may have an opportunity to adjust your spending some to compensate.

If you determine that you’ll have a sizable increase in your 2013 tax bill, and since most Americans will, without any significant changes, then adjusting your home budget now may be appropriate, With the projected increase of $ 3,800 in taxes for each household, that equates to a reduction in spending of $320 per month. Happy New Year.

Thanks for sharing our posts
Twitter435FacebookLinkedInEmailPinterestBuffer
435
SHARES

14 responses to “Save Your Home Budget By Heading Off Taxmageddon”