Reverse Mortgages – Time For A Change

Reverse Mortgages – Time For A Change

Reverse Mortgages – 7 Ways to Clean Up the Industry 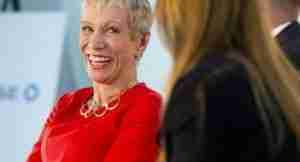 PinReverse mortgages are legal instruments designed for homeowners 62 years of age and older, that will allow them to borrow money against their home and not pay it pack until they move, sell the home, or die. From day one, this program has had problems, due partly to borrower ignorance, as well as some aggressive and shady promoters.

Several of the large banks have ceased making reverse mortgages, more particularly Bank of America and Wells Fargo. They cited their reason for departure, as not being able to properly determine if the borrowers had the ability to repay the loan, plus declining housing prices. Met Life also has stopped being a lender for reverse mortgages.

With the exit of the large lenders, the market has been flooded with small mortgage brokers, many interested only in the fees they can generate. Many of these brokers sell this type of loan to elderly homeowners who simply can’t afford the high fees, and then on top of that, home repairs and maintenance, real estate taxes, and insurance.

Another problem are the questionable brokers who promote reverse mortgages to elderly homeowners advising them that they can use this FREE money to take cruises, or to make investments, without telling them the risks involved.

At this time, we have a very large generation of individuals who are preparing for retirement and many with inadequate or no retirement funds to speak of. This group really can’t afford to retire, and will probably be considering a reverse mortgage to supplement their income. The Consumer Financial Protection Bureau has been organized to establish new rules and regulations that will hopefully result in much clearer disclosure for the consumers and much stricter supervision of the lenders.  As of last month, the federal government stated that there are in excess of 775,000 reverse mortgages on the books and outstanding.

There have been concerns regarding the multi-billion dollar reverse mortgage market, and these are similar to the ones made when the loans were first issued…reverse mortgages usually carry hidden risks that homeowners couldn’t afford to make. The main problem is not the reverse mortgage in itself; it’s the way they are marketed, and often times very aggressively, to those who are not suited for them. There are many, many, homeowners who have taken out reverse mortgages,  and are thankful and very happy with them. Perhaps these individuals had every thing explained properly, and they had the ability to understand what was being said.

Opponents of reverse mortgages often cite the case of an elderly widow in California who is facing eviction. When the loan was taken out, she was not 62, so her name was removed from the deed and the loan was made to her ailing husband. Her husband died in 2011 and a couple of months later, she received a letter from the lender stating that unless she paid $293,000, she would lose the home. This lady stated that she wasn’t told what would happen if her husband died and her name wasn’t on the deed. It’s quite possible that she wasn’t, or maybe the lender told her and she simply didn’t understand.

My suggestion in the past, and still is, besides the required counseling by HUD, every borrower should be required to consult with their own attorney to have every legal aspect explained in detail. In the case of a name removal from the deed, which I do not recommend doing unless there is absolutely no other way, the attorney would prepare a document stating that the possible consequences were explained to the removed spouse, and his/her signature would be required and notarized.

In the past few years, the number of reverse mortgages being issued has declined; however, the default rate is at an all time high of 9.4%. This delinquency rate was in the area of 2% in 2002. It should be noted, however, that the recent loans booked in 2010 and in 2011, have a declining delinquency rate. This may be due to more uniform procedures and better consumer counseling.

The president of the National Reverse Mortgage Lenders Association met with the officials of HUD for the purpose of adopting a procedure  so that lenders will have some uniform standard to determine whether the loan applicants can afford to take on these types of loans. The concept of  reverse mortgages is good, and can be a very valuable method for the elderly to continue to live in their homes, and receive the supplemental funds needed for their retirement. Through no fault of their own, many have seen their retirement and savings nest eggs dwindle to practically nothing, and the reverse mortgage can be a life saver for many.

I personally do not like the lump sum or line of credit methods of loan disbursement. Normally, reverse mortgages are set up to supplement monthly income, and I prefer to see this method used. The temptation for some individuals to draw out substantial sums in the first two methods can be too great, and the equity can be gone very quickly. I read about one individual who drew out the entire amount and was doing his own investing. I really hope he knows what he is doing. One bad investment can be a disaster when foreclosure on his home begins.

Since our last recession, property values have basically tanked and this alone has put the reverse mortgage market in a flux. Add to this the various complaints in general of these loans because of false advertising or fraudulent promises, and the departure of the large major lenders.  The void left when the major lenders left the market was filled with the smaller mortgage brokers and other lenders who saw their opportunity.

Some of these, in my opinion, were con men interested only in the amount of fees they could generate for themselves. Let me hasten to say that not all of these small brokers and/or lenders are bad. Some are doing their best to fill the void with sound and ethical practices. Some of the con men, however, will guide the elderly into high risk loans with high fees through deception and other high pressure sales tactics.

One individual who was a former sub prime mortgage broker has been sued by the Federal Trade Commission for fraud. A group of seniors allege that he sold them reverse mortgages, and kept the proceeds of the loans for his personal use, or in some cases, he promised the borrowers that the proceeds would be used for home repairs that never happened. A few other individuals advertised that the borrower could not lose their home, and one was advising them to take vacations with the loan proceeds.

The brokers were also telling the non borrowing spouse that their names would be added on later, but this did not materialize. The incentive structure on reverse mortgages does encourage a broker to advise the borrower to take a lump sum rather than a line of credit, or a fixed monthly payment. Their commissions are higher on a lump sum, plus when the loan is sold in the secondary market, the rates are even higher. Approximately 70% of these elderly borrowers are taking the lump sum proceeds and using the funds to repay other debt, and who knows what else. Doing this in retirement doesn’t allow sufficient funds to keep the real estate taxes and insurance current, and the loan goes into default. Is it any wonder the overall delinquency rate is so high at 9.4%?

The concept of reverse mortgages  is a very good one as it can truly be a life saver for the elderly. It will allow them to live in their home until they die, and with dignity. However, the program must be cleaned up and the shady brokers locked up. My recommendations would be:

I don’t purport to be an expert in the field, but common sense should prevail. If something is so obviously wrong with reverse mortgages and is being exploited, then it should be changed.

18 responses to “Reverse Mortgages – Time For A Change”