What is a Reverse Mortgage

What is a Reverse Mortgage

What is a Reverse Mortgage – Pros and Cons 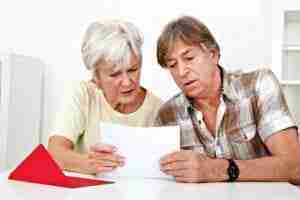 PinIf you were to ask the question, what is a reverse mortgage, to the average citizen, you would hear a number of different answers, many of them incorrect. The reverse mortgage program was initially designed to assist senior citizens who primarily were “house rich and cash poor”.

This would be done by providing them funds to meet their living expenses and remain in their homes. They would be able to borrow against the equity in the home and not have to repay it until they either sold the home, moved away, or died.

Practically from the very beginning, the program was rife with problems due primarily from confusion with the borrowers because no one took the time to answer the question, what is a reverse mortgage?

In addition to that, some shady and overly aggressive lenders were reaching and creating other problems. As with most new ideas, it doesn’t take long for the bad guys to appear.

[bctt tweet=”Do you know what a reverse mortgage is? See our pros and cons & see if one is right for you…” username=”HBSMoneyTips”]

Because of all the problems and adverse publicity, most of the banks that were participating, stopped making reverse mortgages. When this occurred, the reverse mortgage market was inundated with smaller brokers, some who were mainly interested only in the high fees they could obtain. None wanted to give a detailed answer to the question, what is a reverse mortgage.

The elderly, who this program was designed for, couldn’t afford to pay the high fees, along with the real estate taxes, insurance, and repairs plus maintenance. Some of these questionable brokers were promoting reverse mortgages to the elderly telling them that they could use this “free” money to go on long vacations or make other investments, and they didn’t bother to tell them about the inherent risks in doing this.

Due to the economic downturn that occurred and the questionable recovery, there are many seniors that simply cannot afford to retire. Many of them had pensions wiped out and they also lost medical insurance benefits because many firms couldn’t afford to continue it.

I believe the concept of the reverse mortgage is good; however, any prospective borrower must fully understand exactly how it works. From the beginning, many borrowers weren’t aware of the high fees associated with this type of lending, and this should have been explained in detail. Even more importantly, some of the loan structuring that was done should have never been allowed.

Are Reverse Mortgages For You?

I don’t know how knowledgeable the current HUD counselors are, or how well they have been trained, but this is the area where a lot of improvement is required.  A couple of years ago, I wrote an article and answered the question, what is a reverse mortgage and also made recommendations to help clean up this type of lending.  I’ll briefly cover the seven points later.

There are a number of reasons why the delinquency rate in reverse mortgages has increased over the years from about 2% in 2002 up to approximately 9.5% in 2013. However, new loans that were booked from late 2010 to the present reflect a declining rate of delinquency. Hopefully better understanding and more honest promoting have helped.

We should emphasize that a reverse mortgage is not for everyone. This is why anyone thinking about using this type of lending must carefully consider all of the risks associated with it.

There are changes being implemented in 2014, but I believe that they are not going far enough and more will need to be done. As we mentioned earlier, reverse mortgages are not for everyone.

I believe that the concept is good, and there are a lot of reverse mortgage pros and cons, but there are still some individuals that are not able to handle them. There have been cases where a lump sum has been taken and then the elderly homeowners didn’t have the financial resources to pay taxes, insurance & upkeep. Foolish advice by someone.

My original seven recommendations are as follows:

I still believe that the concept of reverse mortgages is a good one. It will allow elderly individuals to remain in their homes and have some dignity in their lives, but there is still much to be done to clean up the industry. In addition, I think that some of the high fees should be adjusted downward as well, especially in the federal government area. If I ask the question again, what is a reverse mortgage, what would your answer be?

One response to “What is a Reverse Mortgage”