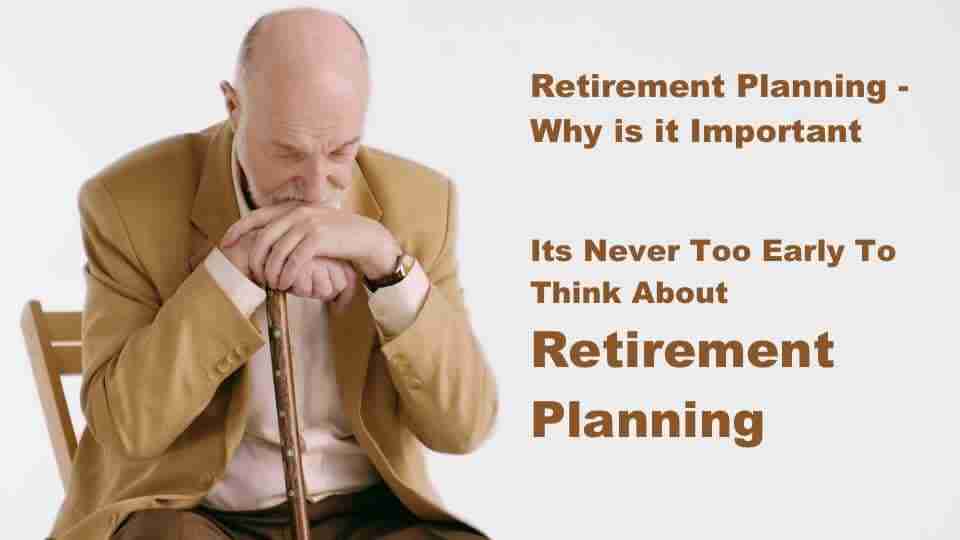 Death and Taxes… The Best Reasons for Competent Retirement Planning

If there’s one sure thing in life, it’s that times and conditions will change. People that retired many years ago are now facing some of the results of that change. We now have higher taxes, low interest rates, and people, on average, are living longer. It may be time for changes in your retirement planning.

For those already in retirement and others about to enter those golden years, how do you think the above results will affect your retirement? Do you have enough saved? Has Covid-19 had its ripple effect on your life?

With the addition of all the modern-day conveniences that have made our life easier, new issues pop up that could have an adverse effect on our lives. The global pandemic, especially, has made life very difficult for many individuals, and in particular, those nearing retirement who lost their job or had a serious cutback in hours.

Add to that, the abundance of financial and other types of scams from thieves who will steal your hard-earned money, not caring in the least who gets hurt, or how badly. With the computer age, thieves can carry-on these scams from any country on the planet, and catching them is almost unheard of.

Some challenges to a happy retirement

While it’s true, retirement planning isn’t too much different today as compared to a few decades ago, but some unusual challenges in the world today, make it more difficult. Some ideas that worked well years ago, just don’t cut it today.

Retiring in the world we have today is so much different than it was in times past, and it requires that we change our strategies for investing and planning. Don’t model your plan after the one that your parents had. It could lead to hidden risks as well as possible disastrous results, looking long term.

There are three unusual challenges that today’s retirees have that previous ones didn’t – possible tax risks, low interest rates, and living longer than your money.  This changes a number of factors, that can have an effect on investing and retirement planning.

As we approach and eventually enter retirement, the primary investment goal changes from accumulation and growth to income generation and preservation of capital. Global interest rates have a direct influence on safe growth and safer income type investments.

At the present time, we are in a low interest rate environment. While it may be a big benefit to borrowers, it’s a disaster for those who are living off their savings. This means retirees and those about to retire.

A retiree will earn far less off their investments, such as bonds, CD’s, cash, and annuities. It makes it very hard for them to create enough income for retirement while at the same time, keeping investment risk to a minimum.

So, what does this do to your retirement planning? If you were to use a CD again for the savings instrument, comparing the $1 million amount versus the $250,000 amount, you would need to quadruple the amount of your savings for retirement.

This same effect is found in bonds. In a low interest rate environment, bonds earn less, and depending on the type of bonds you hold, they could lose some of their value in the short term if interest rates were to rise.

For this reason alone, it’s crucial that you generate income while in retirement while protecting your portfolio at the same time. However, retirees today, will have to rely on different tools than earlier retirees used, to keep them afloat during their retirement years.

In the USA, for many decades, we had tax rates that were substantially higher that today’s rates. Using the principles of conventual wisdom, we are to keep our taxable income much lower when we’re working. Then, after we retire, we can spend that income in a lower tax bracket.

Using that principle, we would contribute to a pre-tax 401(k), or even an IRA, while we were in a higher tax bracket. Then, when it’s time to begin withdrawals, we would be in a lower tax bracket. Now, we have two issues that complicate this investment strategy.

The first is a mindset of individuals approaching retirement that say they don’t want to have less money when they retire than they have today. They say that they have developed budgets with corresponding lifestyles during their working years, and don’t want to downgrade just because they happen to be retired.

The second issue is we now have tax rates that haven’t been this low in 100 years. Because of this factor, it’s very likely that the rates will increase in the future. The Covid-19 benefits paid to Americans has increased our national debt to about 130% of our GDP. Depending on the actions of our current President and Congress, it may increase even more. This time last year, it was at 100%.

In the meantime, legislators are predicting that the Social Security Trust fund will be broke in around 15 years. And to add more, the Tax Cuts and Jobs Act expires in a few years. So, what did our all-knowing legislators do after the high spending period during World War II? They increased taxes!

This could happen again, or worse, in the next 10 years or so. That would mean that contributions to a pre-tax 401(k) would give you a deduction at the low rates we have today, and then when you retire and begin taking out money at a higher tax rate. Just the opposite of the way it’s supposed to work.

Anyone who is approaching retirement age today, should take advantage of the low tax rates, by using Roth IRA’s. In this scenario, you would be converting Roth Ira’s at the low rates today, and then, in retirement, they could be withdrawn tax-free. This can be a very advantageous retirement planning tax  tool.

Outliving your money
The general rule of thumb has always been to not outlive your money. With all of the advances in modern medicine, Americans are living longer. In America, back in 1950, men had a life expectancy of 65.6 years and for women, 71.1 years.

Today, in 2020, the life expectancy for men who have reached age 65, is 83, and for women, 85. While this is a good thing, the chance of outliving your money is greater. A little extra retirement planning must be done to fund those extra years.

This longevity risk requires careful planning for those extra years. There are more years of market risk, more time for inflation to erode, plus, and worst of all, the risk of more expensive medical care, including the possibility of assisted living.

In the case of long-term care, per government estimates, about 70% of Americans over the age of 65, will need some type of long-term care eventually. Using today’s estimates, the annual average cost is over $102,200 for a private room in a nursing home. This is a financial burden most can’t afford.

Another sad fact is that previous generations were able to rely on their home value, plus some sort of a pension, while in retirement. The low interest rates, plus the longevity factor, caused many companies to abandon their pensions, causing an income shortfall for many retirees.

After the 2008 economic crisis, housing prices rose substantially. This got many Americans into trouble, financially, plus the low interest rates enticed many to refinance and/or extend their mortgages. Again, using this historical data is of little use today.

It’s important for all of us to understand what is happening in the world, and the need to be able to roll with the punches. The primary focus now is wealth preservation and making sure that its properly invested so that it will be able to generate income for the long haul.

This means keeping the risk balanced, and making sure a reasonable growth rate is maintained. Plan for a long retirement. You also need to understand the different types of retirement accounts you are invested in. Along with that, know how to take advantage of the low rates we have today, while at the same time, reducing your tax risk.

A competent, experienced retirement planning financial adviser, such as Financial Council, Inc., will be able to accomplish this for you. The advisers there know current strategies to keep your retirement portfolio balanced and providing income for the long haul.