Do You Plan To Retire In 2013? Can You Afford To? Do Careful Retirement Planning 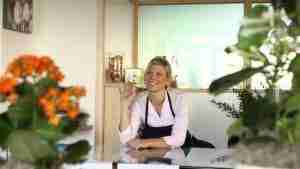 PinWhen the year 2013 begins, there will be approximately seven million individuals in the USA, who will be approaching 65 years of age. Many of these will be giving serious thought to retirement planning. For the first time in decades, there are some financial planners that are very concerned with current conditions, and have gone so far as to warn those who are about to take that step.

They go on to say that even if we avoid the pending “fiscal cliff”, there is a lot of uncertainty about taxes, scheduled spending along cuts, the stock market in general, and the health care issue. Putting all of these issues together, with the large number who are contemplating retirement planning and others who will lose their jobs, could make 2013 a very troubling year for new retirees.

The primary concern that is number one on the list is taxes, caused by a substantial increase in tax on investments. This is sure to be felt by many retirees. If a deal can’t be worked out before the end of 2012, the rates now in effect known as the Bush tax cuts, will end and capital gain and dividend rates will increase.

For 2012, we have tax rates in effect whereby the highest rate on capital gains and qualified dividends is 15%. For 2013, the highest capital gains rate would increase to 23.8% and dividends to 43.4%. They also feel that any deal that is struck will call for higher tax rates and for retirees to include that in their plans. There are a lot of “ifs” in this scenario, with the uncertainty of an individual’s tax rate at the top. This makes retirement planning very difficult.

On the other end, the elderly will have less to spend if the markets under perform, and it will be difficult at best to even plan for any tax increases. Suppose an individual retires in January and a tax deal isn’t agreed on until March or April, do the new tax rates become retroactive to the first of the year? This alone could become a risk that may be quite costly.

There are many conflicting estimates regarding those who participate in pension plans. The National Institute on Retirement Security estimates that approximately 20% of those individuals employed in the private sector participate in a pension plan. However, recent data furnished by the Internal Revenue Service reflects that approximately 23% of all workers, in all sectors, are not participants in any retirement plan.

The bottom line is that a large number of future retirees in the retirement planning stage, are not prepared for the golden years they have been looking forward to and simply can’t afford to retire. Many who are now employed and should be contributing the maximum to their 401(k) accounts, can’t afford to for many reasons. Some planners believe that an individual needs to have a retirement account value with at least two to five years of expected income before they retire.

Social Security payments in 2013 will increase by only 1.7% and the Medicare premium deduction will also increase, not leaving much of a net to the recipient. In addition to this, food, clothing, gas, plus health insurance premiums are all increasing while the retiree’s income remains practically fixed.  Future and present retirees will be feeling this pinch for a few years due to the low interest rates in effect. The Federal Reserve isn’t doing much in this area either and it will be difficult for seniors to generate the needed income to cover their expenses.

Given these facts, there will be increased stress placed on retirees and then a corresponding increase in health cost. To give you an idea of the cost of health care, Fidelity Investments prepared a report that said an average 65 year old couple who retired in 2012, would need approximately $240,000 to cover their medical expenses through their retirement years…this was a 50% increase from the amount needed in 2002. They estimate this will increase by $20,000 for 2013, and needs to be factored into their retirement planning.

2013 will see Medicare premiums increase from $104.20 to $120.00 each month, plus those who are considered “wealthy” will be seeing an increase in various taxes to pay for Obamacare. There is also the possibility of many physicians who will be dropping Medicare patients due to a reduction in reimbursement. Our own physician, who is a member of a group, does not accept any insurance plan. The patient pays them for the full amount of the bill and as a convenience, they submit your claim for you to Medicare or any secondary carrier for reimbursement.

Medical costs will continue to rise for retirees, especially as companies in the private sector stop medical coverage when an employee retires. Those doing retirement planning agree that 2013 will present unique problems whether there is a fiscal cliff or not. They say also that anyone retiring in 2013, should be prepared to find another job if required.

Granted, there are some who are retiring simply because they need a break or are burned out. These types of individuals generally become bored after a few months of retired life, but trying to find a job that pays well will be difficult. Companies are now hiring much younger workers at lower salaries.

These same planners are issuing cautionary statements for 2014 as well. The bottom line is, if you plan to retire in 2013 or 2014, you need to be aware of the uncertainty in taxes and especially medical costs. As you begin retirement planning, do your best to include all of these factors, and if possible, meet with an experienced planner or counselor and cover all bases.