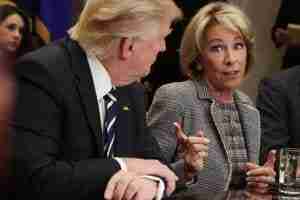 PinIt’s unknown at this time how many of these proposed tax changes will be made in 2017, even with the Republican majority in the House and the Senate. During his campaign, President-elect Trump promised big changes in income taxes. The following are the proposed changes that we read on his website.

There would be no proposed changes to the long term capital gains rates. They would remain at 0%, 15%, and 20%.

The following two boxes show the proposed tax brackets for married couples filing jointly and single unmarried individuals. The head of household filing status would be eliminated. This will raise some hackles for sure, and will be debated in both Houses.  In addition, President-elect Trump proposes to eliminate the alternative minimum tax (AMT) for all individual taxpayers. I would think this would get applause from many taxpayers.

The Itemized and Standard Deduction | Personal and Dependent Exemptions

Joint filing taxpayers filing a return with a standard deduction, would have an increase in deduction from $12,700.00 to $30,000.00. The amount is one half for a single, unmarried individual. The amount would increase from $6,350.00 to $15,000.00. The exemption deduction for the taxpayer(s) and dependents would be eliminated.

Under Mr. Trump’s proposed changes, there would be a new “above the line” deduction for any expenses incurred for up to 4 children who are under the age of 13. This deduction could be taken whether you itemized deductions or used the standard deduction. Included in that proposed change, expenses paid for elder care for dependents could be deducted also above the line.

That deduction could not be taken if married joint filers had over $500,000.00 in total income. A single taxpayer with total income over $250,000.00 would not be permitted to deduct as well.

The new Trump Plan would include rebates for child care expenses to certain low income taxpayers who qualify for the Earned Income Credit. This proposed rebate would be tied to the employment taxes withheld from the taxpayer’s wages. They would be 7.65% of the eligible child care expenses and capped at an amount equal to 50% of the employment taxes withheld. Married taxpayers filing a joint return and earning $62,400.00 or less and single taxpayers earning $31,200.00 or less, would qualify for the rebate. These ceilings would also be adjusted each year for inflation.

Under Mr. Trump’s proposed tax plan, taxpayers would be allowed to establish savings accounts for dependent care. These accounts would be allowed for specific individuals and would also cover unborn children. A taxpayer could contribute a maximum of $2,000.00 each year. If the savings account is established for a child, any money remaining in the account when the child attains the age of 18, would be permitted to be used for the child’s education expenses.

However, the taxpayer would not be permitted to make any additional contributions to the account at the child’s age of 18. In order to encourage lower income families, to set these accounts up for their children, the government would make a 50% matching contribution of the parent’s contribution. This match would be capped at a maximum of $1,000.00 per year. This will also create some debate in both Houses when it’s presented.

Another proposed change will be that any earnings on the dependent care savings accounts would not be taxed by the federal government. Does that open a door for state taxation?

Taxes and the Affordable Care Act

President-elect Trump makes no apology for his opinion of this Act. He wants to repeal it, including the employer penalties and tax increases that it imposes on taxpayers. He includes the 3.8% Medicare surtax on investment income plus the 0.9% Medicare tax on self-employment income and wages. I believe that there will be some negotiation on this.

His plan proposes to have the estate tax abolished. The Plan however, would charge accrued capital gains outstanding at death with a capital gains tax, after an exemption of $10 million dollars.

Finally, changes that help American businesses, and make them more competitive in the international markets. The corporate tax rate would be reduced from 35% to 15%. It would, however, eliminate the tax deferral on profits earned overseas. There would be a one-time tax of 10% of repatriated corporate cash held in overseas accounts that hasn’t been taxed.by the US.

The proposed Plan of a 15% tax rate would also include business income from companies in the US organized as sole proprietorships. Companies organized as LLC’s, partnerships, and S Corporations would enjoy the 15% tax rate on the income passed through to individuals. This is estimated to be a significant reduction in overall tax revenue.

With the exception of the Research and Development tax credit, most of the corporate tax breaks and incentives will be eliminated under the proposed tax plan. Some of these tax breaks include the unlimited deduction for interest expense plus a number of credits and other write-offs. A positive break for manufacturing companies would enable them to write off their capital investments immediately instead of deducting interest expense.

Besides President-elect Trump’s proposed tax plan, there are two others. House republicans developed their version earlier this year and the Senate has their own plan in the wings.

There are a lot of changes proposed in these three tax plans, from cutting taxes to making tax filing more simplified. Congress has expressed support for Mr. Trump’s plan and has promised to act promptly. There will be a lot of debate before any tax plan is finalized.

The Democrats will oppose any significant tax cuts and some who blindly support Obama, will probably oppose the ACA repeal. The Republicans have one procedural tactic they can pursue, and that’s the same tactic the Democrats used in 2010 to get the ACA passed. Many Democrats didn’t even bother reading the original bill, they simply voted the way Obama dictated.

If Mr. Trump gets his tax plan through, or some parts of it in his first 100 days in office, we could see some major changes early next year. Only time will tell!