Secrets of the Silent Generation on Mortgage Debt 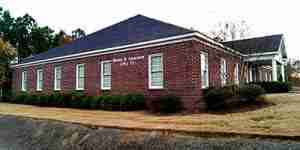 PinSince the last financial crisis, many lower income American citizens have seen their mortgage debt levels rising. This has hit those nearing or in retirement the hardest, and is one of the primary obstacles that would otherwise have provided adequate retirement funding. Actually, debt has increased substantially since the 1990’s for many individuals because wages have struggled to keep up.

As an example, in 2007, those lower income individuals carried mortgage debt for their households that was approximately twenty percent (20%) of their total income. Six years later, in 2013, that percentage had jumped to fifty percent (50%) of total income.

A study was done based on data from the Federal Reserve through 2013. This study was done to focus on how generations of individuals differed in how they acquired and managed debt. The study also showed how mortgage debt proved to be necessary and very effective for some as they built their family wealth and enjoyed financial security.

For some reason the investment industry, in general, appears to have a problem with age discrimination, and the millennials and Generation Xers bear the brunt.[bctt tweet=”Why are older generations carrying more mortgage debt into retirement?” username=”HBSMoneyTips”]

Baby boomers carry a median debt level of approximately $70,000.00 in retirement and about forty-six percent (46%) of them are still paying on their mortgage debt. Those that still have a mortgage on their home have an average loan of about $90,000.00 as they are preparing to retire. [sa_captivate]

The baby boomers carry almost twice the amount of mortgage debt as they begin the transition from the work force into retirement than their predecessors did. In the case of the silent generation, twenty-eight percent (28%) of these older Americans who still have a mortgage on their home, have an average mortgage loan of $76,000.00.

It’s bad news for the Generation Xers who carry more mortgage debt than any other economic group with an average amount of almost $104,000.00. Their obligations consist of mortgage loans which is the largest category of their debt. Approximately fifty-six percent (56%) of this group has an outstanding mortgage of $129,000.00 due primarily to homes being purchased at the top of the market just before the financial crisis hit.

The study had some unusual findings for the Generation Xers and millennials. In many cases, those who had the most mortgage debt were the ones that were more financially secure. Figure that one out. Not so with the silent generation, however. Those that were debt free living in retirement had much more wealth as compared to their peers with debt.

The fact that they don’t have to be making monthly mortgage payments increases their sense of financial security. Approximately eighty percent (80%) of the silent generation who have no debt consider themselves to be more financially secure.

To me, those that have the ability to eliminate their mortgage debt before they retire, is the key to living in retirement with a sense of financially security. This also gives them peace of mind in knowing that any unplanned expenses won’t deplete their savings. I personally recommend that all debt be repaid before retiring