A Newsletter published by the HBS Financial Group, Ltd. Thinking of Selling Your Home?- Hot housing market requires tax knowledge! With housing prices skyrocketing, more homeowners are considering cashing out to multiples over list price! Especially since one of the largest tax breaks available to most individuals is the ability to exclude up to $250,000 ($500,000 married) in capital gains on the sale of your personal residence. Making the assumption that this gain exclusion will always keep you safe from tax can be a big mistake. Learn more… 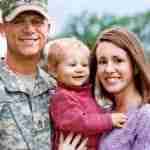 Navigating the New 2021 Child Tax Credit – The whirlwind of tax changes just keeps going. Now if you have children 17 or under there is a new, higher child tax credit in place for 2021. Here is what you need to know:

Can I count on my student loans being forgiven? –

As White House considers cancelling student debt, dos and don’ts for borrowers. Student debt can impact so many aspects of a person’s life, from the careers they pursue to if and when they’re able to purchase a home.

So it’s no wonder that a lot of people feel stuck in limbo as President Joe Biden and other elected officials debate the subject of student loan forgiveness.   Learn more… How the Biden capital gains tax proposal would hit the wealthy-

President Joe Biden is expected to propose doubling the tax rate wealthy Americans pay on investment returns when they sell stocks and other assets.

But investors shouldn’t necessarily rush for the exits, according to financial experts. Under Biden’s proposal, the federal capital-gains tax rate would be as high as 43.4% (including an existing Medicare surcharge), according to a Bloomberg report.  Learn more…

Why some lawmakers are pushing to repeal limits on state and local tax deductions -While the SALT cap is a top-of-mind issue in some parts of the country, repealing it wouldn’t help most Americans. Instead, those with the highest incomes would benefit the most.
The top 20% of earners would reap more than 96% of the benefits of a SALT repeal, and the top 1% of all earners would see 57% of benefits, according to the Tax Policy Center. The same analysis showed that only 9% of American households would see any benefit from a repeal of the SALT cap. Learn more… 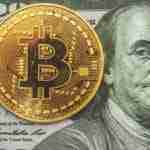 IRS is probing the dark web to look for cryptocurrency and NFT tax evasion – Tax evasion using cryptocurrencies is “replicating” with nonfungible tokens and other new crypto-related products, according to IRS Commissioner Charles Rettig.

In testimony before the Senate Finance Committee, Rettig said Tuesday the U.S. fails to collect as much as $1 trillion in taxes owed each year in part due to the explosion in cryptocurrencies, which are difficult for the agency to track and tax. . Learn more… Top Tax Write-offs for the Self-Employed – With self-employment comes freedom, responsibility, and a lot of expense. While most self-employed people celebrate the first two, they cringe at the latter, especially at tax time. They might not be aware of some of the tax write-offs to which they are entitled.

When it comes time to file your returns, don’t hesitate to claim the benefits you get for being the boss. As a self-employed success story, you’ve earned them.  Learn more…

Trivia Question: What is the rarest M&M color?
Answer: Brown

Trivia Question: In a bingo game, which number is represented by the phrase “two little ducks”?
Answer: 22

Trivia Question: According to Greek mythology, who was the first woman on earth?
Answer: Pandora

Trivia Question: Fissures, vents, and plugs are all associated with which geological feature?
Answer: Volcanos

Trivia Question: Which author wrote the ‘Winnie-the-Pooh’ books?
Answer: A. A. Milne

Follow Us To Stay Updated to the Latest upcoming News & Events