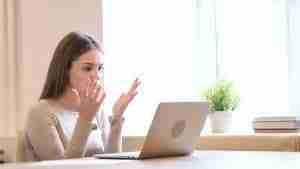 PinFor those of you who are newly married, does this fairy tale describe your life together? It begins “once upon a time, you each discovered that very special person that you wanted to be with forever, and then you both rode off into the sunset”. It doesn’t?

Well, if you set aside some time at the beginning to discuss managing money and finances, you’ll have a much better chance to have a real fairy tale ending. This may sound like over simplification, but the non-romantic topic of money, should be discussed early on.

One financial planner says that it’s more important to discuss managing money issues than sex. I’m not sure I agree completely on that one, but she’s right,
money issues are very important.

Couples, before they’re married, need to sit down and get the issue of managing money on the table, and resolve to discuss it on a regular basis in a constructive way. A detailed listing of the assets owned and especially any debts that will be coming into the marriage, and that includes student loans as well as credit cards, should be available.

Being able to discuss managing money openly and comfortably is what each spouse should strive for. If you can also discuss the topic as to how the parents handled and discussed money, this is helpful too, but at this point, don’t go into great detail. From reviewing the assets and debts of each spouse, they should be able to determine who is the spender and who is the saver.

One engaged couple was going through the pre-marital discussion phase and it was discovered that her credit score was about 100 points lower than the future husband, who had a credit score of 800. However, he had outstanding credit card debt of $10,000 plus a sizable student loan, and didn’t want his future wife to be saddled with them.

His fiancée felt differently however, and said that they were a team and would deal with these issues together. They also discovered that even after they got married, each spouse would be able to maintain their own personal credit score. Even though her score was lower, the only time that it would directly affect his would be when joint purchases were made such as cars and a home.

The obvious solution was for the wife to raise her credit score by starting to pay her bills on time. They would hold off making any joint purchases until her credit score improved. By cutting back on discretionary purchases, they planned to pay extra each month on his debt until it was all paid off. With the student loan, they felt that the additional education would pay off by an increase in wages.

It may take longer than anticipated to have all managing money issues satisfied, but they are both willing to work at it. Because they made full disclosure at the beginning of their marriage, it got them on the right track, and were able to make the necessary adjustments to the way their money was handled.

Another decision to make is whether a couple should keep their accounts separate or merge them into joint accounts. There is no universal right or wrong answer to this question. Whatever way works the best is the one the couple agrees on together.

This couple had been married for three years and decided on having joint accounts because for them, it was easier to get a handle on their expenses. They felt that it made everything more transparent in that each knows how every thing is spent and can ask a question if they need to.

Another couple had the opposite feelings and opted to go the individual account route thirteen years ago. The primary reason they opted for individual accounts was that the wife was pursuing a doctorate degree in New York and the husband started a job as a professor at a university in Kansas. Living apart as they had to do for the first part of their marriage, made the decision for separate accounts the best way, and since it worked, they kept that method.

A third option is to have a combination of both methods, some joint and some individual.

This couple, who got married, had some difficulty in merging everything they each had into one big joint account, so they kept those accounts individually and opened a joint account for all new purchases. The main reason this one works is because both spouses agree on it and support each other.

A financial planner in Maryland agrees on a variation of this concept, and suggests that both spouses make a separate listing of expenses that they will be sharing. They then merge both lists and each one contributes an amount to a joint account that is proportional to his or her income.

This same planner thinks that each spouse needs to have their own money because it permits them to have a feeling of autonomy. I agree in part in that each spouse should have some discretionary money to spend without being accountable, but a marriage is a joint union, not a union for two separate individuals to go their own way. The most important matter is for the couple to discuss managing money openly and in a constructive way.