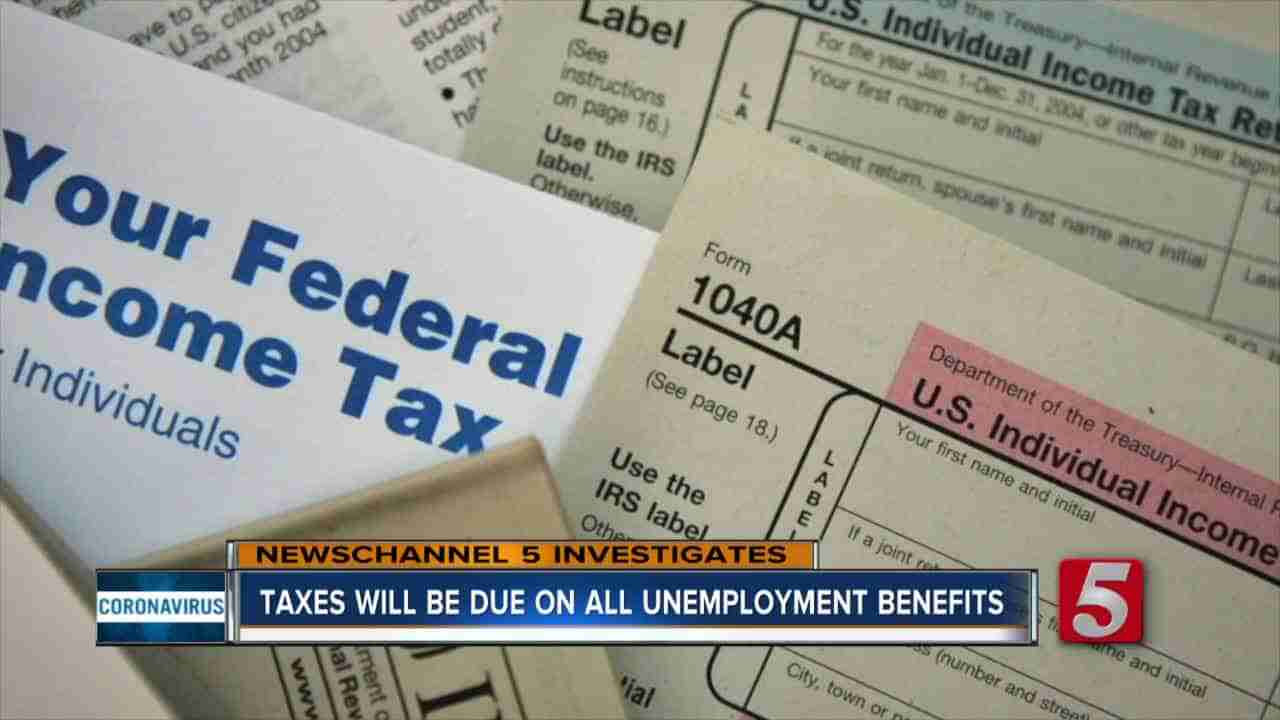 Do I have to Report Unemployment Money on my Tax Return?

Contents hide
1 Do I have to Report Unemployment Money on my Tax Return?
1.1 Hang on. I need to Report It and Pay Taxes?
1.2 Federal Income Taxes
1.3 State Income Taxes
1.4 Can I Have Taxes Taken Out of My Unemployment
1.5 What If I Can’t Pay the Balance I Owe?
1.6 Some other posts you may like

Short answer…yes, it’s taxable on your Federal return and on most of the states too. We know next year’s taxes are the least of your worries right now when you lose your job. But, if you’ve gotten any unemployment money this year, it’s a good idea to look at this now, and understand just how they’re taxed. You’ll avoid bad surprises that way.

Hang on. I need to Report It and Pay Taxes?

Unfortunately, yes. We know it seems like the government is kicking you in the gut when you’re down and out. It gets worse…that extra $600 a week a lot of people got through the Cares Act is also taxable.

We hate to be the bearer of more bad news, but sometimes when you lose your job, your employer pays you unused vacation or sick days as well as severance pay. That too, has to be reported and is taxable income.

The only good news there is that the employer withholds all taxes per the W-4 form you filled out. This income will be included on your W-2 form from that former job. That form is usually sent to you in January each year.

Okay, now we’ll take a look in more detail to see just how your unemployment benefits will be taxed.

When you get unemployment payments, Uncle Sam taxes them just like wages on the federal level…ordinary income. We’ll give you an example on how this works. Say you got $8,000 in unemployment money this year, 2020.

The IRS will tax it using the same tax rate as if you had earned $8,000 in W-2 wages. The only difference though, is you would not have to pay Social Security or Medicare taxes on the unemployment money.

It could affect your tax return in other ways though. Because you’re getting the state unemployment payment and the extra $600 week Cares Act supplement, it could cause your 2020 income to be a little higher. If you were able to collect the Earned Income Credit previously, your total income might be too high now, and you would lose the credit.

Things can be a lot different on your state tax return. If you’re lucky enough to live in a state that doesn’t have an income tax, no problem…no state return to file & no state taxes due.

There are also five states that don’t tax your unemployment benefits: Oregon, Pennsylvania, California, New Jersey, and Virginia.  Your unemployment money is only partially taxed in a few states, but for the most part, they are fully taxable in the remaining states.

Can I Have Taxes Taken Out of My Unemployment

You sure can. As a matter of fact, we recommend doing so. Whenever you first sign up for unemployment benefits, you are given an option to fill out the IRS Form W-4V which is for voluntary withholding.

The withholding rate is a flat 10%, but at least you’ll have something paid in to cover the tax bill when you file next year’s tax return. Unfortunately, many people who receive these benefits need every dollar now and don’t bother with withholding.

There’s a second way to have taxes paid in to avoid a penalty for under-payment of taxes next year. This procedure is paying in estimated taxes that are paid on a quarterly basis. We strongly encourage you to prepare an estimated tax return, and list all of your unemployment income on the return. Lean a little on the high side to make sure all of your income is listed.

We recommend that you try to match your prior year’s tax liability by paying in 100% of that number. This is because it’s the safest number to use. Trying to calculate the current year tax to pay in 90% of that number can be hit and miss for some.

Our example will use the 90% calculation because it will be a lower number. If you had some W-2 income during the year, subtract that amount from the amount that you calculated and pay in the difference by estimated taxes.

As an example, say that the total federal tax liability you calculated for next year’s estimated return is $4,500, and your total tax liability on last year’s return was $4,700. You were paid wages in the current year for a few months and had $1,750 withheld for federal taxes.

If you don’t have the correct amount of taxes paid in, you will get a bill for a penalty and interest. If those calculations are confusing, just remember it this way. If you will owe $1,000 or more in taxes on next year’s taxes, you will need to have 90% or more paid in.

Or, you can pay in 100% of the amount of last year’s taxes and you’re in the clear. A lot of taxpayers get confused by those formulas for one reason or another. Besides that, many need every dollar from those unemployment benefits just to survive.

Many others had no idea that these benefits were taxable. Because of confusing language in the tax code, we always recommend that you sign up to have withholding on the unemployment money. That way, you’ll have at least paid some amount towards next year’s tax bill.

What If I Can’t Pay the Balance I Owe?

We’ve all heard the saying that the IRS is the only government organization that can make grownups cry. While that may be true to some extent, owing a tax balance when you file your return isn’t as bad as it used to be.

The key phrase here is FILE YOUR RETURN ON TIME. We can’t over-emphasize this enough. If you need more time to file, such as missing information, illness, etc., you can get an automatic 6 month extension. This extends only the time to file your return, not the payment of any balance owed.

In almost every case, you can get an automatic approval to pay your tax balance owed over a period of up to 72 months. You pay the IRS interest of 6% on that amount and a small fee to get the payment plan set up. Pay as much as you can up front then the balance owed can be paid over time.

Don’t make the mistake many do by borrowing on your credit card to pay the tax balance due. While the IRS will like getting paid in full, it’s not a smart business decision. Most credit cards have an interest rate of 17% and the IRS is giving you a generous offer at a 6% interest rate. It’s a no-brainer.

If you get anything from this article, remember this one fact. Many individuals who have a tax balance due think it’s better not to file their tax return. Don’t ever do that. The penalty for non-filing of a tax return is 5% per month all the way up to 25% of the tax balance you owe.

The IRS matches W-2’s and 1099’s among other things, and will discover that you haven’t filed a tax return eventually. When that happens, they aren’t as cooperative.

To summarize, yes, unemployment money is taxable income for your federal return, and also for many of the states. Make sure you file tax returns on time for each one even if you aren’t able to pay the taxes due. They will more than likely work with you to pay the taxes over a period of time.