How To Teach Children About Money

How To Teach Children About Money

Allowance (money)How to teach children about moneySavingsTeaching Kids About Money

How to Teach Children About Money – Be Sure to Start Early 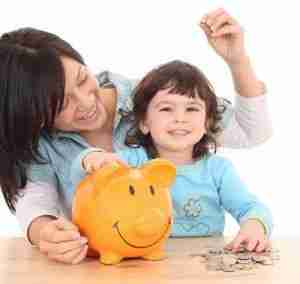 PinThere are many opinions both pro and con regarding the issue of how to teach children about money. Many experts in child education recommend that you pay them an allowance and feel that by doing so, you will help to teach then to be financially responsible.

Another opinion from child development experts that appears to be just as strong, makes their case by stating that just the opposite is true. Now that we as parents are confused, and quite frankly don’t know who to believe, what do we do?

We can’t say who is right or wrong, because we as parents have an opinion as well, that may have been influenced by our upbringing.  For the purpose of this article, we will present the opinion of the pro-allowance group and in a future article, those in opposition.

Before you begin to pay an allowance to a child, you need to be sure that they are old enough to count money, and in fact, can and do.  Some basics should be explained to the child at the onset as to the types of expenses that the allowance would be used for.

A very important point to cover at the onset is that he/she is expected to save a part of the allowance.  It seems that opinions on how to teach children about money are quite plentiful. Should you tell your child that his/her allowance is payment for their performing various household chores? Tell us what you think.

Once again, the experts can’t agree on this issue either. Some say yes, while there are many others that say a child should be helping around the house or yard simply because a family member is expected to do this, and not for payment.

How about paying a young child, over and beyond their allowance, for certain jobs that you normally pay an outsider to perform? This would include jobs such as shoveling snow or washing the family auto. Is this how to teach children about money? But, where do you draw the line? Let me have your opinion on this.

How would you handle a child who has been receiving an allowance, who asks for a raise? There are many parents that object to paying an allowance for that very reason. Isn’t the paying of an allowance supposed to be a method to teach children about money? If so, then why not use it that way?

This might be a good opportunity to teach them about negotiating skills that they will need later in life. Many of us adults wish that we had been taught these skills as youngsters, especially when talking to our boss about a raise in pay.

Some questions to ask the child during the negotiation might be if the allowance now would be covering other expenditures and how much of the new raise would be put away in savings for long term.

More than likely, the most difficult decision will be how much of an allowance to pay. This can be affected by family income and plain common sense. You can be sure that your child will mention the amount that some of their friends receive (only the highest paid ones).

Some parents feel that paying their child an equivalent amount in current dollars that they received when they were the child’s age is fair. Perhaps it might be, as long as other comparisons are equal. This is a tough decision, and each parent will have varying opinions.

One thing that all of the experts do agree on, and that is to make savings a mandatory condition in how to teach children about money. We agree too.

14 responses to “How To Teach Children About Money”