How to Save For Retirement

How to Save For Retirement 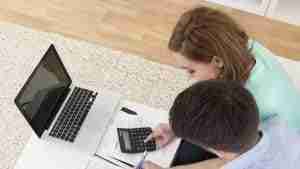 PinHow to save for retirement? This question has been asked by everyone planning for retirement, and has become the “million dollar question” without a doubt. We’ve all seen the flashy ads that say “I’ll show you my 5 steps to retire with a million bucks in the bank”.  Many of these ads go on to say that you don’t have to be a banker on Wall Street to accomplish this, and that many middle class Americans do it every day.

Well, here’s some good Free advice…don’t trust any one who claims to have discovered the secret to amassing wealth in a number of easy steps!  If you want to know how to save for retirement, here are the three common sense methods to answer the question. Start Earlier…Save More… Retire Later. This is not any secret that I discovered. Any financial planner will tell you that you need to establish good financial habits and live below your means, and save.

[bctt tweet=”Want to know how to save for retirement? We offer 3 common sense principles…” username=”HBSMoneyTips”]

There’s no guarantee that you’ll be able to reach that magic million dollar level and we need to be realistic. Some of the financial gurus with those ads will show you that you can reach one million, assuming the annual investment returns are 20%. Well guess what, that is not going to happen.

Granted, the rate of return may hit that figure in some years, but for practical purposes, an average rate of return of 5% to 7% after fees is more realistic. As we mentioned above, by starting earlier, and with compounding, you’ll be able to reach that number much easier and sooner.

To save more for retirement, you’ll have to spend less, and this is a good thing. By doing this, you will be living below your means and your lifestyle in retirement won’t require a higher amount of cash.

By retiring later, your retirement savings will have a longer period of time to grow. Another benefit of retiring later means that you’ll start collecting social security benefits later, resulting in a higher benefit payment.

For every year that you postpone retirement means that you’ll receive larger payments from your pension if you have one, and from social security. This could mean that your retirement nest egg wouldn’t have to be as high because you would have less retirement years to fund.

So, back to the beginning and the million dollar question. You saw how to save for retirement, but will a million dollars be high enough for you? Many financial planners feel that it may not be enough, and for that reason, recommend retiring later, health permitting.

When you ask the question, how to save for retirement, remember those three principles, start early, save more, and retire later, and maybe that magic million dollar figure will be enough for a comfortable lifestyle.

16 responses to “How to Save For Retirement”