How To Pay Off Debt Fast

How To Pay Off Debt Fast

How to Pay Off Debt Fast While Living on a Budget 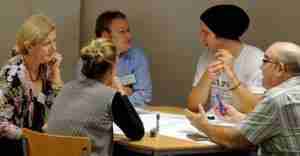 With student loans at an all-time high and record delinquencies, millennials want to know how to pay off debt fast. Increasing debt is becoming a major concern and more than half of a survey group said they felt overwhelmed because of high debt.

The millennial group surveyed had twice as many complaining of high debt as the 49 to 59 age group and the obvious question is why? What do you think the reason is? Please share your comments below.

The younger generation however, saw how to pay off debt fast, and that was to revise their budgets. By doing so, they were allocating almost half of their take home pay to debt reduction.

In the case of millennials, it’s fairly easy to see the type of debt that have caused so many problems. Many of them have just graduated from college and others are relatively recent graduates with very high student loans.

In spite of the rhetoric that is published by the White House, the economy is very far from recovery. Plus, when you factor in the military personnel that was removed from active duty and the illegal immigrants, the job market is bleak at best.

There are many recent graduates that can’t find a job in their degree field, and they are willing to take almost any lower paying work simply to cover their living expenses. Now many of the lower paying jobs aren’t there because of the factors mentioned above. [bctt tweet=”Millennial’s are still optimistic about the future and are planning accordingly.” username=”HBSMoneyTips”]

To their credit however, the millennial group hasn’t thrown in the towel. They have accepted the fact that their path won’t be easy, and they still maintain a rosy outlook for the future. They remain confident that eventually their standard of living will improve and when all is said and done, it will be better than the one their parents enjoyed.

What is the millennial opinion of retirement saving?

Again, the young generation has set a priority for saving for their retirement years. In addition however, they know how to pay off debt fast, and this remains a very high priority. Looking closely at this, a slight difference can be seen between men and women.

When this same group was surveyed, about 60% of the men stated that they were saving for retirement and about half of the women said they were. When it came to the women however, many stated that they weren’t able to save as much as a man could because they didn’t earn as much for comparable jobs. This raised questions and many comments pro and con.

Some suggested that women perhaps lacked some degree of financial literacy or perhaps they tended to be more conservative. More specifically, they were allegedly not able to assume risk on their investments. You can only imagine the comments made to these reasons. This is a controversial issue that will never be resolved and we again ask for your comment on this.

During these troubling times, the millennial generation hasn’t lost their focus. They re-adjusted their budgets because of high debt and learned how to pay off debt fast by focusing more dollars to it. They also maintained their earlier view of saving as an absolute necessity.

They realize that they will probably have to go through some tough times before the economy shows improvement. They know as well that allocating more dollars is how to pay off debt fast and they are willing to sacrifice to do just that. The folks at the highly respected site, The Simple Dollar have a plan to get rid of debt fast. Check it out.

There are still some that feel millennial women do earn less that a man for a comparable job, and because of that, can’t save as much. This applies not only to saving, but debt retirement as well. Perhaps this is one good reason, or not. Please comment below and let us know how you feel.

Another bright spot that I see is that a majority of the group surveyed agree that they alone must take full responsibility for their situation. Currently, the average student loan debt hovers around $33,000.00. These same millennials have stated that they are responsible and not their parents for repayment of these loans.

They use the term “tough love” and are confident they will benefit from it later in life. I AGREE!

The main topic of this article is to show you how to pay off debt fast, and a good example is how the millennials adjusted and allocated many more dollars to do it.

There are many in the older generation as well who simply don’t want any debt. Many of them stress living below your means which is how to pay off debt fast, and that works too.