Taxpayers Are On the Hook for $2.2 Billion with Obama’s Green Loan Program 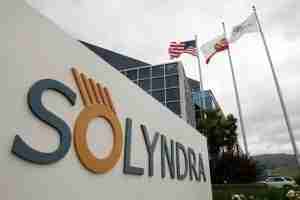 PinJust when you thought there might be a slight improvement in the economy, you read this update on Obama’s Green Loan Program. I’m sorry to be a doom and gloom messenger, but this project needs to be in the light more often than it is. Many taxpayers have no idea what this program is all about.

Way back in 2005, the Green Loan Program was created by having the Department of Energy issuing large amounts of money to companies who were going “green” in the field of energy. (Less carbon and greenhouse gas emissions)

These loans were backed by a government (Taxpayers) guarantee. Many, if not most, of the borrowers were classified as risky, but that didn’t concern the Obama administration. They were “hell bent for leather” and the loans were issued.  A recent audit by the GAO reflected that taxpayers were on the hook for approximately $2.2 Billion dollars in loans that were one or more payments behind or already in bankruptcy.

In 2009, applications began to be approved, and for the next five years (2014), the Obama administration funded 38 green loans with taxpayer guarantees. These loans covered 34 projects that included fuel efficient vehicles, nuclear power plants, solar panel industry, and wind generating technology.

Fast forward to 2015...Loans approximating $1.5 billion dollars are in default due to bankruptcy filings under this DOE program. To make matters worse, the loans that have defaulted, were companies that the GAO had classified as risky, and they had warned the administration of that finding.  Did that stop them? Obviously not.

For almost a decade, the GAO investigators had been warning the DOE and the Administration that this loan program would not pay for itself.  From the inception, the GAO insisted that the various borrowers had an advantage over the DOE. This was because they knew a lot more about their projects as well as their individual creditworthiness. Because of this, the Obama Administration was likely to underestimate the actual risk of a project, and the companies were able to accept the federal guaranteed loan. This, of course, left the taxpayers on the hook for yet another loan soon to be in default.

A GAO report, issued in November 2014, stated that the Department of Energy estimated the total cost of credit subsidy of loans and guarantees. What they are saying is that the net cost of the Green Program loans is $2.21 billion, including $807 million for loans that have already defaulted. Officials of the DOE stated that they consider the loan program to be a success. WOW, what world do they live in?

There have been some highly questionable green loans to certain borrowers who had connections with the Obama Administration. The primary one was a solar panel manufacturer in California. A loan for $535 million was pushed through by the Obama Administration in 2009, In August 2011, Solyndra filed for bankruptcy and 1,100 employees were out of a job.

Another loan to Alcoa was approved for $259 million. One executive of Alcoa just happened to be an Obama fund raiser who gathered about $100,000.00 for his re-election campaign. Another company executive was given a cushy job working for Tim Geithner at the Treasury department.

This green loan program was supposed to be about reducing carbon emissions, or so we thought. After all, Alcoa was considering the lightweight aluminum for auto bodies. However, the process of purifying aluminum is a high carbon burning industry. Guess where Alcoa does this process? In Australia, where US environmental regulations aren’t applicable. Even Obama’s spokesman, Jay Carney admitted that Alcoa’s green program produces more greenhouse gas as well as more burning of coal. In addition, it costs the consumers more. Does anyone begin to feel vibes of cronyism yet?  I have a list of current borrowers by name and amount of their loan, who are in default or in bankruptcy. Click this link to see who they are.

Another company that has reaped the benefits (or should I say raped the taxpayers) of the Green Loan Program is General Electric. Just by coincidence, mind you, GE happens to be the highest corporate donor to Obama, contributing $529,855 to his campaign. They have received a total of $3 billion in cash grants, subsidies and loans.

How in the world can one man get away with this type of behavior? Is Congress fast asleep or are they afraid to make waves for fear some of them may get wet as well? This program is probably the tip of a very large iceberg that is bleeding taxpayers’ hard earned money.