Implement a Flat Tax and Bury the Current Tax Code 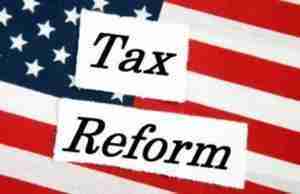 PinIs the flat tax finally coming? There are many, like myself, who wish it were, but unfortunately, not just yet.  Two or three decades ago, some knowledgeable financial advisors were touting the benefits of instituting such a tax.

Early in the 2016 presidential primaries, there were several GOP contenders who favored the flat tax. Their beliefs were that it is a fairer tax for all, and that has merit.

The current tax code has been changed so many times, it is a convoluted maze. Most taxpayers can’t understand it, and even some tax preparers get confused. It’s also open to interpretation and that can be very dangerous.

I’m a licensed tax preparer and I see many taxpayers who should be able to prepare their own return. Some have simple deductions, but are afraid they may miss something, so they come to me and pay a fee to have their return completed. A flat tax would eliminate this.

I realize as well that there are many, many tax preparers who make a living preparing simple tax returns, and this would definitely hurt them.

Your tax return could be prepared on a post card sized sheet. There would be no exemptions, no deductions, no credits, etc. Total income times the flat tax rate, minus any tax withholding, and a balance due, if any. I personally believe that this would be a fair way of taxation. Every individual would pay the same rate and no lawyer devised loop holes for certain wealthy individuals to slip through.

Unfortunately, any simple method of taxation, or for that matter, any major changes to the current tax code, gets the attention of Democratic lawmakers. Their first contention is that a flat tax favors only the wealthy. Perhaps it does to some extent, but who creates the jobs in America? Our current tax code, with all of the revisions over the years, stands about four feet tall, and many don’t understand it.

In addition to the flat tax for individuals, Congress needs to address the problem of the high corporate tax rates that are hurting America internationally. Those high rates are part of the problem of high unemployment. Many US companies have moved overseas and even to Canada where they enjoy more favorable tax rates.

A good example of the benefits of lowering the personal tax rate to individuals happened in the 1980’s when Ronald Reagan was president. He lowered the highest marginal tax rate from 70% down to 28% and the US economy blasted off like a rocket.

In spite of the current unemployment figures being incorrectly reported by the Obama administration, the economy is still bleak at best. With many jobs being taken by illegal immigrants and many other jobs transferred overseas, the job market is not encouraging. Several things must be done now to spur the economy.

I admit that some of these solutions are really reaching, but a good first step would be implementation of a flat tax. The current tax code is onerous and another update is not going to cut it. We need to bury that behemoth and the sooner the better.