Financial Havoc Caused by the Coronavirus

Contents hide
1 Financial Havoc Caused by the Coronavirus
1.1 Why creating an emergency fund is critical
1.2 An extension of the federal unemployment aid
1.3 Older workers suffer most
1.4 Some other posts you may like

It should come as no surprise that the coronavirus pandemic has left many individuals in dire financial straits. Many Americans who have lost their jobs, or other sources of income, have very little in savings as a backup.

A study was done by Simplywise.com, a technology company that provides free services to assist people in making sound Social Security decisions. They discovered that about 38% of individuals who lost their job, or had a drop in income due to Covid-19, had total savings that would barely last for a month.

Even more alarming, another 20% of individuals didn’t have enough in savings to last them for two weeks. This type of savings included an emergency fund and money set aside for their retirement.

Why creating an emergency fund is critical

For years and years, the financial industry has been pointing out the need for everyone to set up an emergency fund. In spite of all the warnings, statistics show that many Americans are on the edge of financial insolvency. This sobering fact comes at a time when we have about 30 million workers that don’t have a job. The coronavirus still rages on while the economy is in dire straits.

When asked what these individuals can do, Allie Fleder, COO of SimplyWise stated “There is no good answer to your question.” We read the bad news every day about certain financial aid that provided some relief, has expired. With all of the bickering between the House, Congress, and the White House, there is no resolution.

At present, there are in excess of 30 million Americans collecting unemployment pay, according to the Department of Labor. The unemployed have been getting $600 extra each week from the government, over and above the amount they received from their state. The federal benefit expired July 31, 2020 and is in limbo because of the bickering and political posturing.

An extension of the federal unemployment aid

Getting an extension to the unemployment benefits will go a long way in keeping the economy from tanking. The program for renters and homeowners who can’t pay their rent or mortgage expires August 24, 2020. After that date, evictions can take place.

The survey conducted by SimplyWise for 1,128 adults was done in July, 2020. Once the financial aid expired in July, it is assumed that the financial situation of the above respondents probably worsened.

What this means for many, about 6 million individuals, is that they won’t be able to pay their monthly bills in August because of the loss of the $600 weekly benefit. This is according to a survey done by Morning Consult, a marketing research firm.

With the expiration of the federal benefit, the President tried to supplement that with $300 extra “lost wages assistance”, but only 7 states approved it. The people who need it most, those who don’t get much from unemployment to begin with, have other restrictions that prevents the aid from getting to them.

The President signed Executive Orders a couple of weeks ago that would give workers a few dollars more through payroll tax cuts. Included in that same order were extensions for student loan relief as well as eviction protection.

Again, political posturing came into play, & the only real relief was the student loan extension. 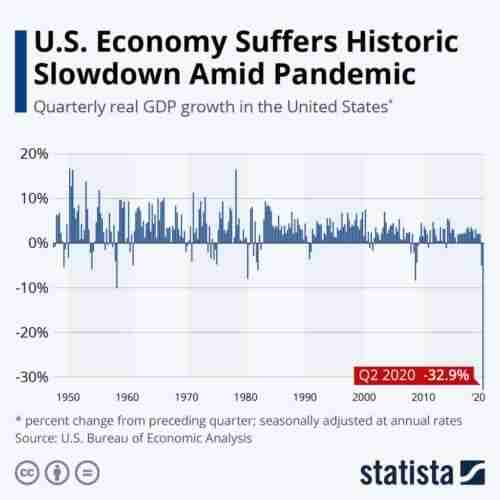 PinAnother concerning issue is that about 20% of American workers who are in their 60s, were either laid off or lost their jobs according to the SimplyWise survey. More than likely, the older individuals will have a harder time that a younger one, finding a new job.

According to the Bureau of Labor Statistics, there are at least 3 unemployed people for every available job. Many of the older ones will be forced to take early retirement and begin taking Social Security benefits earlier than planned. In addition, they won’t have as much in savings they were counting on to supplement their retirement.

This will have a significant impact on their retirement because many had planned to retire later, around age 70, when they would get a lot more from Social Security.

The uncertainty created by the coronavirus for the average American, and more so for the elderly, is overwhelming for many. Until the political posturing and bickering stops, and these alleged leaders think more of  suffering American families, we will be in for more of the same.