Your Family Budget – This Will Kill It

Your Family Budget – This Will Kill It

The New Killer of the Family Budget 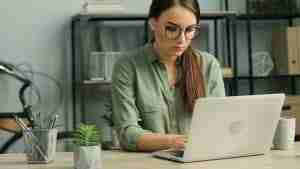 PinSo you agree that your family budget is really being stretched or maybe it’s already snapped. This may not come as a surprise to many individuals, but the newest killer of the family budget is the monthly cell phone bill. When I first realized this, I found it hard to believe. But after much research, and talking with friends, I discovered that this was true.

The cell phone bill(s) has now become number 2 in size, right after the mortgage payment. That fact blows my mind. What is so important that needs to be said, that justifies cell phone usage of this magnitude?

I just heard of one young lady who paid her final telephone bill, and for the year, the twelve bills total $4,105.00. To make matters worse, she earns a little over $30,000.00 per year, and doesn’t use her cell for business. Fourteen (14%) of her salary was spent on her cell phone, and now she wonders why her credit card bills are so high and the family budget strained.

Do you think that cell phone usage is perhaps frying some individual’s brains causing them to be unable to make rational decisions? When you look around, practically everyone you see has a cell phone glued to their ear, and it doesn’t matter where they are, or who it may disturb.

One of the major news networks conducted a survey, and they claim that it showed cell phone bills decreasing. Bull! You don’t have to go far to hear many horror stories about cell phone bills. There are individuals who have cut back on necessary purchases in their family budget just to keep their smartphone bill current.  Many others have carried these balances to credit cards and struggle to keep their bills paid. They also shop around constantly looking for better deals and ultimately find out that all providers charge about the same.

One lady compared her family’s cell phone usage to crack cocaine. She is divorced and she pays for three smartphones and one flip, to the tune of $4,100.00 per year. She lost her job recently and can’t see how she can lower her average bill of $350.00 per month without paying high fees or losing the service. I have an answer for her, but she wouldn’t listen. It would help her family budget considerably as well.

Cell phone trade groups continue to say that the average bill is just $47.00, (one hand set) but what they don’t say is for the average family of four, that equates to $188.00 per month, base charge. By the time you add in the data plans and every other conceivable type of unnecessary services, the charges mount up very quickly and take its toll on the family budget.

Do I need to remind you what happens when you go over your monthly allotment? Out comes the credit card to pay the bill,

The most obvious question raised after reading these comments is how in the world did cell phone bills increase this much and so quickly? You go into the store and purchase the phone and sign up for a plan that you think you can afford. Then the first bill arrives, and you realize that you didn’t sign up for this, or so you thought.

Was there the bait and switch game played by the provider or the sales person? Apparently, a lot of the terms aren’t clear or spelled out, and this is where the surprises jump out. It does seem to me however, that many individuals are confusing their wants with their needs.

Why does one “need” broadband internet access on their cell? I’m speaking here of someone where their job doesn’t require it, nor is there any other obvious reason. Then when you factor in smartphones for each child, it’s absurd.

Many consumers continue to complain about the phone providers move that caused a price increase in all data plans. They call it a rip off, but continue to pay and use. Just before the increase, I renewed my old plan with carryover minutes with no frills.

I personally dislike telephones period, and only turn on my cell when I need to make a call, which is perhaps three times a week. My bill would be the envy of all who saw it. When the time comes and I have to subscribe to a data plan, the cell phone will be gone instantly. The cell phone industry reminds me a lot of the gasoline suppliers…one major price fixing that the government regulators are afraid to tackle, and the reason cell phones are a killer of the family budget.

11 responses to “Your Family Budget – This Will Kill It”