Should I Pay Off Debt With All of My Emergency Fund?

Contents hide
1 Should I Pay Off Debt With All of My Emergency Fund?
1.1 Don’t deplete the emergency fund to repay debt
1.2 Having no emergency fund is a disaster waiting to happen
1.3 Some other posts you may like 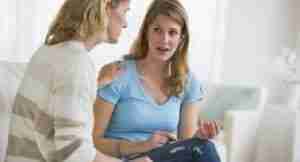 PinYou can ask several financial planners this same question and you will get different responses. Some will advise you to get rid of all credit card debt. Some will say to setup an emergency fund first to cover such expenses as a major car repair or some large expenditure in your home.

The general consensus here is no, don’t use the entire balance of the emergency fund to repay your credit cards. Instead, just use some of the cash savings to repay some of the debt. Keep some of the savings available for a bona fide emergency.

It’s true, repaying all of your credit card debt makes you feel great. However, when you’re facing a large expense such as a car transmission, for example, the money in your emergency fund will prevent adding additional high interest rate debt.

Having no emergency fund is a disaster waiting to happen

When we recommend an emergency fund, many scoff at the idea. They change their minds quickly, however, when a large repair bill for their home arrives in the mail. Having to come up with $15,000.00 for a new roof and no emergency cash available is very stressful. Usually, they have to pay the bill with credit cards, and the cycle of high interest rate debt is back.

The roof repair bill scenario is bad enough, but what happens if you were to lose your job? Getting another job, especially at the salary level you were receiving, doesn’t happen very quickly. We’ve seen a number of individuals unemployed for over a year. Sadly, some that were older, had to take lower paying jobs, and lost their homes.

Credit cards got maxed out, and eventually many file bankruptcy as a last resort. Children in college, for some of these individuals, had to drop out and were on their own. If they had maintained an emergency fund that covered a year of living expenses, they would have fared better.

As mentioned above, a better way to repay high interest rate debt would be to use a part of the emergency fund only. Keep as much in the fund as possible and continue to build it up. If you don’t have a budget, create one and take strict control of your spending. Use the surplus funds to apply against credit cards or other high interest rate debt.

I can hear the questions now, how much should I take from the emergency fund to pay on debt? As a general example, if your emergency fund had a balance of $20,000.00 and your credit card debt was $15,000.00, then perhaps you could use $7,500.00 as debt repayment. This would effectively reduce the credit card debt in half. You would still have $12,500.00 to cover an emergency expense.

Once you have half of the credit card debt repaid, then you can use surplus funds to repay the balance. We don’t mean to confuse anyone with terminology, but financial gurus have two ways of doing this. One is the debt avalanche and the other is the debt snowball method.

This continues until all of the cards are paid in full. Repaying by the avalanche method will save you the most money because the highest rate debt is being repaid first. The snowball method is more psychological because you can see cards being paid in full faster due to the low balances. There is no one size fits all rule…whatever method that works best for you is the one to use.

There’s yet another possible method for those that are faced with very large debt. This one is called the snowflake method. By using this method, you cut your daily spending as much as you can and use that amount to apply on the debt.

Payments on the credit cards are repaid several times during the month. The amounts being repaid may appear to be too small to matter, but they do make a difference. Many individuals combine this method with the avalanche or snowball method to reduce debt even faster.

Most importantly, try each method and find the one that works best for you. And, whatever you do, don’t take all of the savings in your emergency fund to apply against debt. There’s no way of knowing when a financial emergency will strike, but it will.