Down Payment Scam – What to do if you’re a Victim

Contents hide
1 Down Payment Scam – What to do if you’re a Victim
1.1 How a down payment scam works
1.2 How you can avoid the down payment scam
1.3 What you can do if you think you’ve been scammed
1.4 Some other posts you may like

If you’re in the process of buying a home and waiting for settlement instructions from your title company, read on please. Maybe you’re still in the “looking for a home” phase…read on to avoid being a victim of the down payment scam.

To be perfectly honest, I have never heard of this scam until today and am appalled that banks and title companies have not publicized it more as they should have.

This article is about one victim, a lady in Texas, who decided to talk about it, and what she did about it. She was so upset with the entire matter, she put up a web site to alert others about this scam.

This lady had saved up for a down payment on a home for five years, and finally found the perfect home. A contract was signed, and the title company was doing its preparation for settlement.

The day before settlement on the property, she received an e-mail from the title company advising her how to wire her down payment. A few hours later, another e-mail arrived giving her a new account number where the funds were to be sent. She tried to contact the title company by telephone and none of her calls were returned.

Later, she received a third e-mail asking why she hadn’t sent the money. They warned her that if she waited too long, her closing could be delayed.

She felt pressured and decided to wire the money as requested. A few hours later, she was contacted by the title company about the money again. It was then she feared the worst. She had wired the money, a 20% down payment for $52,000, to a scammer and would probably lose it all through real estate fraud.

According to the FBI, this type of scam is becoming very common, with the number of cases increasing each year. If you’re in the market for a home, there are ways to avoid becoming a victim of this heinous crime.

How a down payment scam works

It all begins when a hacker gets into the e-mail server of a title company. He then monitors the messages, and when the closing date for an individual’s home purchase is near, the scammer sends the individual an e-mail with instructions and an account number to wire the funds to. The account number may be in the actual e-mail or in an attachment.

This scam isn’t like most frauds that ask for only a few hundred dollars. They are carefully designed and look authentic. The lady in this case is an experienced social media professional and blogger, and looked for signs of phishing. She commented that the e-mails she received looked identical, and contained the very same signatures, metadata, and letterhead.

How you can avoid the down payment scam 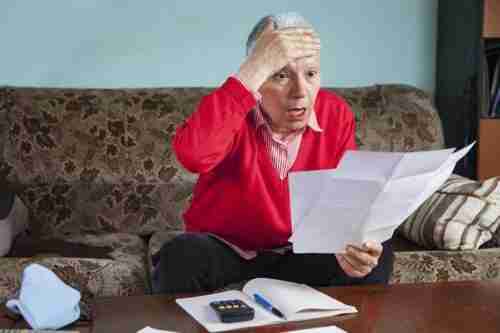 PinMost of the time, the title company will pressure you to wire the money because it’s faster. This is what happened in this case. Most of these scams are done by e-mail, and speaking directly with a title company representative is a good way to avoid being caught.

In situations where you are required to wire funds, try to get the instructions over the telephone. If the title company still sends the account number by e-mail, call them and have them repeat it to you by telephone.

There are times when a title company may be hard to reach like in this case, but stand firm and advise them no money will be wired until you speak directly with a representative by telephone.

This lady was able to get her money back eventually, and when she shared her experience on social media, others reached out to her with similar stories. Most of them lost their money including one person in Florida who wired $300,000 and lost it all.

What you can do if you think you’ve been scammed

If you wire money and find out it may be a scam, call your bank immediately and advise them you’re calling to report a crime. Call even if you’re not 100% positive. After a few hours, the wire would have been sent and impossible to stop.

Usually as soon as your money arrives in the scammer’s fake account, he transfers it out to a different bank account. At that point, it’s usually gone forever. Trying to dispute a wire transfer is an up hill battle unless you can catch it very early.

This scam is a complicated type of crime, and unfortunately, many title companies don’t warn their customers about it as they should. The lady in this case started her website to share her story and to provide tips for anyone who wants to avoid being scammed by the down payment scam. You can reach her website at http://realestatewirefraud.com/stolen-down-payment/