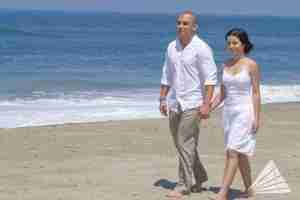 PinTake a wild guess and tell me what you think one of the leading causes of divorce is today. If you said money management, or better yet, the lack of money, you would be on the right track. Let’s take it one more step further and say this. One of the primary issues that brings a couple to a divorce lawyer, is the lack of communication in discussing finances.

You can do a search on the internet or even your public library, and you’ll find countless books that have been written on this topic. Each book may have a different strategy for overcoming the problem, but eventually they all have the same bottom line… “In order to overcome this serious marital problem, the topic of discussing finances must be done in a constructive and healthy manner by a couple.”

I can hear you say, easier said than done! And you would be correct. For many couples today, the discussing money management  is a taboo topic. Do you think perhaps this topic wasn’t discussed in your family when you were a child?  Perhaps if it had been you may be more open in discussing finances with your spouse.

Do you think it is more prevalent with couples in our current generation? There are many individuals doing research in an attempt to come up with an answer to this dilemma, but the results aren’t really that conclusive.

The term “financial intimacy” wasn’t coined by me, but by some experts in the field of marital finance. Their definition for this term is the ability of being able to openly and freely talk with your spouse regarding your desires, needs, and wants. In plain words, discussing finances without regard of embarrassment.

At the same time, you must make yourself totally vulnerable and know that your spouse absolutely will respect that in every way. WOW! As you said earlier, easier said than done!

Unfortunately, most couples show reluctance to be completely vulnerable in any way. They simply don’t feel safe in doing so, and pull back immediately.  From that point on, many couples have a tendency to react in a secretive manner. We see many relationships fall apart for just that reason alone and we have another casualty of money issues.

Some of the experts theorize that for perhaps the past couple of generations, individuals have been taught to believe that discussing finances wasn’t nice or proper. It was quietly swept under the rug because couples couldn’t talk about it comfortably.

They further theorize that our brains between the age of 2 and 12, develop certain patterns that we retain for the remainder of our life. They say further that if you happened to grow up in a family that had a lack of money, it probably was a very sensitive topic.

In addition, you may have been scolded if you asked for money. The old sayings “do you think money grows on trees” and “do you think I’m made of money” could have had a detrimental impact on a young mind.

It’s possible that when a child becomes an adult, those earlier reactions come into play, and he/she would be hesitant in discussing finances. Brain patterns are usually formed by the time an individual becomes 25 years of age. Since many couples marry around 25 years of age, those early childhood brain patterns can be very active.

There are various methods used by psychologists that are used to aid individuals in discussing finances in a healthy manner. However, it will not work unless the individuals involved are able to understand their own behavior first.

Effective communication between a couple in a healthy manner, is still the most basic and prevalent money issue for many couples.  Most individuals have inherited traits and various patterns from their parents, whether they are aware of it or not. Until we’re able to grasp that fact, and make an attempt to change those patterns accordingly, the issues will continue to influence our lives.

If we’re to help the relationship, we need to get these issues out on the surface and do our best to understand the others wants and desires. As one very wise financial adviser once said, “It isn’t always just about the numbers.”

Often it usually is a better idea to refocus thoughts in building lives and a marriage based on desires, hopes, and dreams. An excellent example of this would be a couple that really enjoys traveling, and hopes one day to settle down and live in a foreign country. Instead of first trying to determine the amount of money that it will take to accomplish that, they need to focus and decide on the type of lifestyle they want to have.

Most individuals generally have the idea that as they get older, more and more money is needed. This may be true with those that have medical needs or some other issues, but not for all. If the couple can communicate and plan effectively based on their joint ideas, they will usually be able to attain that lifestyle with less money than originally planned.

A very critical point is that each spouse needs to exert 110% of their effort to understand their spouse’s dreams and desires. By doing so, you’ll be able to communicate effectively in discussing money management and have financial intimacy so many desire.