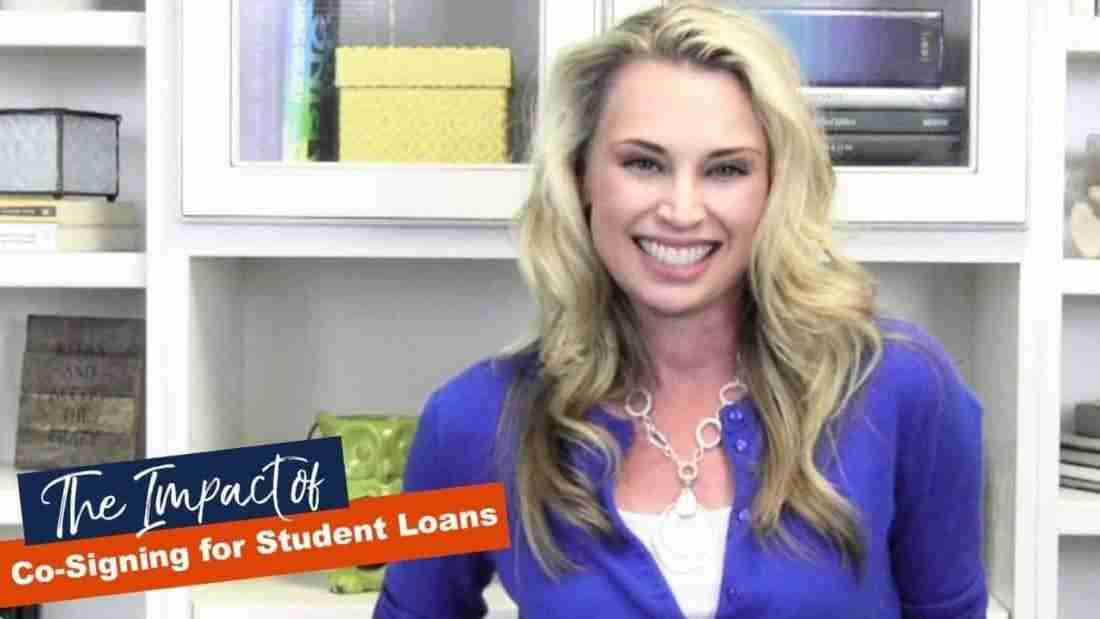 Co-signing a Student Loan Could Ruin Your Retirement

This is one aspect of parenting that has many opinions and heated discussions. Let’s say that your child or grandchild just finished high school and has been accepted by their favorite college. Unfortunately, some part of their borrowing will require co-signing a student loan with a private lender.

These loans do require a credit history check, and the young student usually doesn’t qualify. The first thing the lender suggests is a qualified co-signer. The excited student now comes to the parents or grandparents for help.

When the request is made for a co-signer, many parents and grandparents don’t fully understand the potential consequences. They want to help the young person get a good college education and quickly agree to co-sign.

Even if the student borrower makes the loan payments, the credit score of the co-signer is affected. Just by adding your name to the student’s loan, you have added that loan amount to your own record. This will also have a negative effect on your credit score.

A survey was done a couple of years ago to find out the impact to parents and grandparents by co-signing a student loan. In general, many of these co-signers were hurt financially as a result of their action.

Following are some of the results of this survey.

A recent estimate revealed that approximately $120 billion in co-signed private student loans is outstanding in the USA. Over a million students each year borrow from private lenders and over 90% of them are co-signed.

A second poll was made of college students to determine their thoughts on having their student loans forgiven. About half thought they would qualify for some portion of their debt to be forgiven after they graduate. Even if that is true, to qualify, they are required to make 120 payments on time. Sadly, there are some who graduate with a degree and can’t find a job in that degree career field.

Parents and grandparents, there is a student loan crisis and it is not getting any better. If you are being asked about co-signing a student loan, or any other type of loans, give it very serious consideration. If the primary borrower fails to repay the loan, you will be called upon to pay it.

Before co-signing a student loan, be very sure that you can afford to make the payments. You could be already in retirement when that letter from the bank arrives demanding full repayment and literally ruins your retirement plans.