The Average Student Loan Debt & Why It’s So High 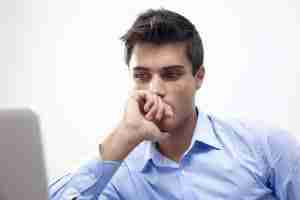 With college tuition and other costs rising so rapidly, it’s no surprise that the average student loan debt is also at an all-time high. Unfortunately, very few students are able to attend college and receive a degree without some form of financial assistance. Those who are able to receive scholarships and grants are well aware that they seldom cover the full cost of tuition.

Because of this, many students must apply for student loans to be able to complete their education. In certain career fields, the tuition cost is very high which tends to make the average student loan debt rise appreciably.

Yet, even with the high cost to get a degree of your choice, many graduates with just a bachelor’s degree, earn 50% to 60% more than those with just a high school education. Due to this fact, there are increasing numbers of students applying for student loans. It’s just a given today.

Many students could attend a Community College for the first two years, where tuition rates are lower. There are a number of students, also, who would be able to pay cash for those two years, thereby reducing the average student loan debt.

There are a number of degree career fields where graduating students have a much higher average student loan debt. I have a client that just completed her medical residency with total student loans just below $200,000.00. That isn’t the end either as she will be going back to school to specialize in pediatrics.

Graduates who carry student loans are required to begin repayment six months after they graduate. That requirement is fine if the student is able to find a job in their career field. However, the economy was not so cooperative to many students and they couldn’t find jobs.

This resulted in an escalating delinquency rate on student loans. In spite of all the problems connected with getting a college education, most still see the benefits and significance of a college education. Some do go the Community College route and save a considerable sum on tuition. There are many as well who could attend a college locally instead of going to an Ivy League school out of state.

Contributing to the high average student loan debt are those graduates borrowing additional funds to finance their advanced or secondary degrees.

There are mixed feelings among those who attended college as to whether their degree and associated average student loan debt was worthwhile. Those who were able to find a job in their degree field and received a higher starting salary, were in the affirmative. Others who had to accept a position in another field or did not have a higher salary in their degree field weren’t satisfied.

If college tuition rates continue to climb, and they do appear to be, students will have to consider ways to reduce costs. Perhaps working part time, or working full time and delaying college for one year, or going the Community College route will go a long way to reduce the average student loan debt. What do you think? Please comment below.