Allowance for Kids | Should You Pay It

Allowance for Kids | Should You Pay It

Do You Know What’s the Most Important Factor In An Allowance for Kids? 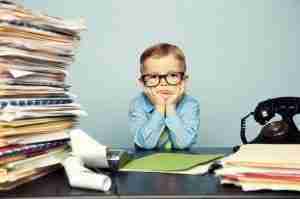 PinWhat do you think about paying an allowance for kids as a method of teaching them about money? There are many opinions on this subject and who is to say which one is best?

Some present arguments saying an allowance for children is one of the best ways to teach him/her to be financially responsible. Others, however, present evidence that is just as convincing to the contrary. Both sides do agree that paying an allowance for kids will only work if the child is old enough to count money.

A critical point, however, is to have the allowance structured properly right from the beginning.  The child needs to fully understand the type of expenditures the allowance covers. In addition, saving some part of it is very important.

Proponents of paying an allowance for kids say that young children 7 to 10 years of age, shouldn’t be required to pay for their school lunches with their allowances. However, as the child grows older, that would change.

Each parent should consider this issue carefully, and apply it to your household as you think best. Paying an allowance for kids that are perhaps 9 years of age or older could include some specific jobs. These could include jobs where you might hire an outside service to perform such as shoveling snow or washing the family automobile.

Some opponents to paying an allowance for kids say that the parents are often put in an uncomfortable position when their child asks for a raise or an advance. A noted author, Jayne A Pearl, who wrote the book “Kids and Money: Giving Them the Savvy to Succeed Financially”, says that these parents don’t get the main point.

An allowance for kids is meant to be a teaching tool, and they can learn negotiation skills from that. This will help them later in life as they interact with their friends, teachers, and one day, their supervisors.  She says further that when your son or daughter hits you up for a raise in their allowance, don’t be defensive, but instead pick the right time when you and the child can engage in positive negotiations.

You might bring up the question, if a raise is granted, will it include some new expenses?

If the raise is granted, it may be a good time to establish some long term savings goal for expenditures that require parental approval.

The big question still remains – how much should an allowance for kids be? It’s a very difficult decision because it often is influenced by the family’s income, personal values of the parents, and good old common sense.

You can be sure that your child will try to influence the amount by telling you how much their friends are receiving, so don’t allow that to be a factor. Somehow, children tend to embellish matters and bring in some unusually high figures.

There are a lot of parents that try to give an allowance for kids the equivalent in current dollars of the amount that they received when they were at that age. If the parents have a comparable life style and means, this solution may work very well for them.

Just remember that your children need to be taught sound money principles and that must include establishing a savings plan as a condition of receiving an allowance. So, when you are deciding on an allowance for kids, whether it be a weekly or a monthly amount, teach them to save for the future.