6 Scams Against the Elderly

6 Scams Against the Elderly 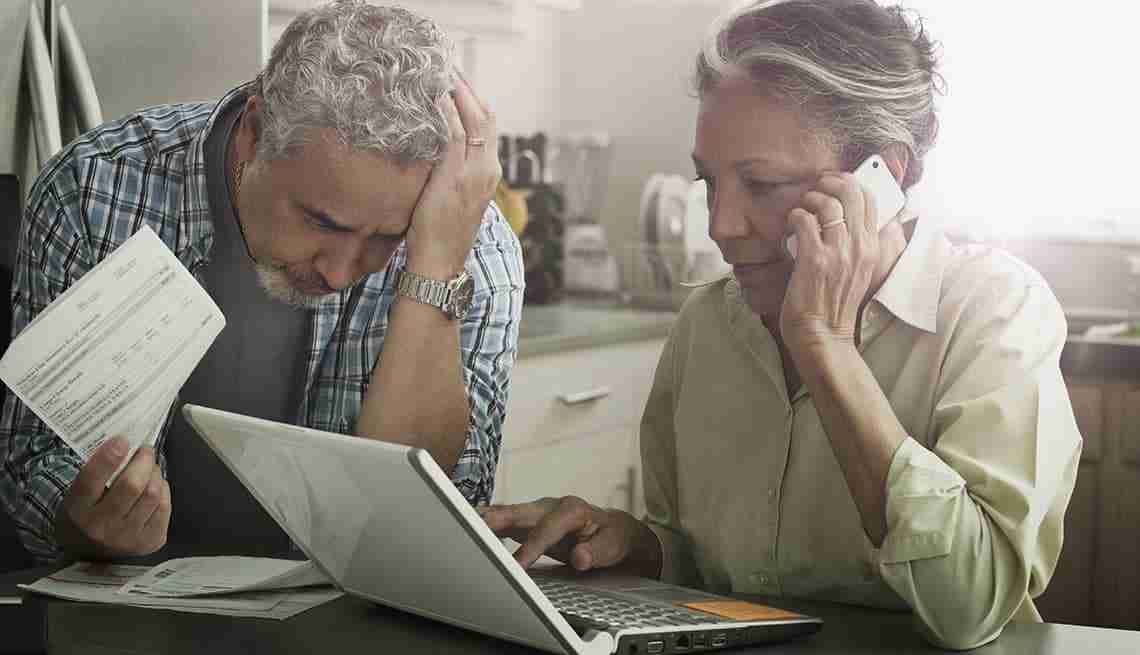 6 Scams the Elderly are Susceptible To

Contents hide
1 6 Scams the Elderly are Susceptible To
1.1 Lottery or Sweepstakes Prize
1.2 Technical Support
1.3 A Needy Grandchild
1.4 Romantic Encounter
1.5 Social Security
1.6 Charities, Contractors & Others
1.7 Some other posts you may like

There are so many scams prevalent today, it’s difficult to keep up. From the innocent looking phishing e-mails to the brazen IRS impostors with their threats, the long list begins. All of them have one goal, and that is to trick you into giving them your personal information. Scams against the elderly are growing each year.

Many of the scams are directed at senior adults in one way or another. Downloading malware after clicking on an unknown link is one that many of the elderly fall prey to.

The main reason scammers target the elderly is a trust issue. Older adults will generally answer telephone calls from anyone and often pay a high price for that trait. Instead of tossing junk mail in the trash where it belongs, they open it and read the contents.

A report was done for the Federal Reserve Bank of Philadelphia detailing financial victimization of the elderly. One of the reasons given was that many senior adults are very lonely and generally socially isolated…making them highly susceptible to exploitation.

Another reason is that as a person ages, there is some degree of cognitive decline. There are many cases where this begins in a person’s early 50s. The result is a loss of the ability to sense risk or understand that if something looks too good to be true, it probably is.

There have been many cases where a person’s financial capacity got so bad, they literally gave away all of their money to scammers and would be friends. This is why scams against the elderly proliferate.

The following are 6 scams that are used to prey on the elderly and for all of us to watch for.

The telephone rings and an excited voice says that you have won a jackpot or some other prize. But before you can receive it, there are certain fees that must be paid. Custom duties and taxes are usually the top two mentioned.

The caller will ask for a prepaid debit card, wire transfer, or a money order. Another twist on this is the scammer will send you a bogus check, with instructions to send the fees before the check is deposited.

The rule of thumb for these types of scams against the elderly is to slam the phone down as soon as the caller asks for any type of money up front. This applies to any known charity or cause. The Senate Aging Committee reported this scam against the elderly as the third highest.

This scam is hard to believe and probably wouldn’t get very far with a young person. But, with many of the elderly who may be technically challenged, often fall for it. An alleged tech support rep calls and tells you that your computer has a virus infection.

He asks you for your remote access codes and then begins a search on your computer for personal information. He may also request a fee for his work in removing the non-existent virus.  NEVER, ever, give anyone access to your computer unless you have requested service on your own.

I had a client taken on this one. Again, the telephone rings with a frantic voice saying this is “Tommy” or some other name you know. He says that he has been in an auto accident & needs money for medical treatment, or perhaps that he is in jail & needs money for the lawyer to get him out.

The scammer has already gathered all information about the family & where they live, and makes up a story that is believable. He tells you not to tell his parents because he doesn’t want them to worry and that he’ll pay you back as soon as he gets home.

Usually, the caller asks for a Western Union wire transfer because of the urgency. My elderly client sent $5,000 by Western Union to Brazil for lawyer fees to get her grandson out of jail. He said that if a foreigner has an auto accident there, they put you in jail until it all gets sorted out. This was money she needed to live on. This is one of the worst scams against the elderly.

This scam is often used to prey on the elderly because of their loneliness and lack of social integration. They get a call from someone who claims to be one of their early classmates and is reaching out to talk. The caller will spend considerable time to develop a relationship, and then comes the request for money.

They may want money to come to meet you or maybe for some medical treatment they have to get. These types of scams against the elderly can result in very high financial loss.

You get a call and the caller claims to be a Social Security representative saying that there is a problem with your account and that they may have to suspend your account. Hearing this, most seniors are afraid their benefits will stop and they tend to give the caller the information requested.

They will ask you to confirm your SSN, home address, and other information in order to steal your identity. Sometimes, they will say there is a fee or a penalty to be paid to reinstate your account. We have a rule in our home…don’t answer a call that we aren’t sure who it is. Our number is unlisted and we have all the important contact phone numbers in for caller ID.

This is a catch-all section for the other multitude of scams out there. Fake contractors will stop by offering their services for a low fee provided you pay upfront. When they have your money, they promise to be back the following day to do the work.

Some charities call and most send requests in the mail.  Scammers usually set up a fake charity after some natural disaster, or for instance the current Covid-19 pandemic. Those who commit scams against the elderly have no morals, and often no conscience. It’s hard to check them all, but now I never donate without making inquiries.

There were two charities I had been giving money to until I decided to look into their financials. A charity is required to file a Form 990 with the IRS, and the return is public knowledge. One charity was collecting money for food for the poor in Central America.

I found their Form 990 on the internet and looked to see what the charity founder/organizer was taking out in salary and benefits. He was taking in excess of $700,000 for his services. I stopped all giving to this one.

Another well-known religious charity was the next one I reviewed. The founder was pulling out near $688,000 for his services and several family members on the board of directors were paid almost $200,000 each for their services. I sent them a letter voicing my dis-pleasure and stopped all giving.

We all need to work together to keep scams against the elderly at a minimum. There are three golden rules that will help if we know what to do.

The first one is to not let the situation be urgent. Most scammers will do all they can to create a sense of urgency to get you to act. Ask questions to slow them down, or if in doubt, hang up.

The second rule is don’t answer unknown calls. If you do, check out the organization as best as you can, and then deal with them directly if you are interested.

The third one is to use good common sense. No legitimate organization will ask for immediate payment or a fee paid upfront for winning a prize. Scammers like to get you to buy gift cards and give them the account number and pin number.

The best rule is to decide, if something smells fishy, it probably is. Stop and hang up. A good place to report these scams is the Federal Trade Commission. Their website address is  https://www.ftc.gov