3 Scams Against the Elderly Citizens

3 Scams Against the Elderly Citizens

3 Scams Against the Elderly They Need To Be Aware Of 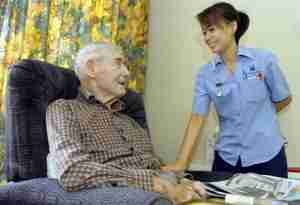 PinCriminal scams against the elderly continue to be prevalent despite repeated warnings by many agencies. As a rule, scammers have no morals, and are willing to take whatever they can from the elderly. Most seniors are too trusting and are willing to help those in need and scammers count on that and govern their pitches accordingly.

There are three (3) cruel scams that we will discuss here that continue to be perpetrated against senior adults. Many others exist, but these three are the most prevalent. They are:

Many elderly citizens have been taken in by the grandparent scam. A con man makes a telephone call to an elderly individual stating that he is calling on behalf of one of his/her relatives who has been jailed for some petty crime. The con man tells the victim that the relative doesn’t want any other family members to be aware of their situation and not to contact any. The money requested is usually for bail or attorney fees.

[bctt tweet=”More & more elderly citizens are being robbed by con men with various scams. Children need to help parents with this.” username=”HBSMoneyTips”]One of my clients was a victim of scams against the elderly and it was so cruel I wanted to catch this person and mete out my own form of justice. This elderly lady was awakened from a nap by her telephone. The con man on the phone had the name of one of her nephews who lived out of state & said he was calling on his behalf.

The nephew allegedly had an auto accident while vacationing in Brazil and was jailed pending a review of the accident by a judge. His attorney in Brazil needed $5,000.00 for his fee and for bribing the judge for an immediate review of the case.

My client was told not to call the nephew’s parents or anyone else. She was told to go to Western Union and to wire the money to Brazil with the instructions she was given. She also was told that the nephew would repay her when he got back to his home.

The elderly lady, who was in her mid-eighties, got a friend to drive her to her bank to withdraw the $5,000.00 from savings and then went to a Western Union office to wire the money to Brazil.

After a couple of days, she hadn’t heard from the nephew, and decided to call his home in a nearby state. Much to her surprise, the nephew was at home and had not gone to Brazil.

Scammers usually try to create a false sense of urgency and this needs to be a signal to step back for a moment. Never send money or give out any type of information without verifying all of the facts.

Here’s a handy guide to avoid many of these scams: Internet Basics for Seniors

This next scam is very familiar because it actually happened to me. It’s the IRS agent scam. A telephone call comes in and the caller says that he is an IRS agent and proceeds to give you his badge number. He begins by saying that you owe the IRS money, and a penalty, usually between $500.00 and $900.00, must be paid immediately or an arrest warrant will be forthcoming. The caller tells you to purchase a certain type of debit card to cover the penalty and to follow his instructions on payment.

These scams against the elderly and all others need to know that the IRS doesn’t call and ask for money or threaten jail time if you don’t pay up. They also don’t send emails requesting personal information, so if you get one, don’t click any links, simply delete it.

This third scam is similar to number two, the IRS call. The debt collector scam is a telephone call saying that you owe a certain sum of money and if you don’t pay now, you’re going to jail. The con man creates the same sense of urgency that most marketing websites do. If you don’t buy their product or service within a certain period of time, the price goes up and you lose.

The common sense rule for telephones is don’t be pressured into doing anything EVER. If their deal sounds too good to be true, IT IS, hang up. The same applies to telemarketers, and that also applies to the “boiler rooms” who make phone calls for various organizations, trying to solicit contributions.

In our home, we have a strict rule. NOTHING is purchased on the telephone. If the offer is that good, send us a written communication in the mail. Most of the time, I just hang up as I refuse to be bothered in that manner.

The best advice that we can give is to be extremely careful. If a telephone call comes in about some urgent need to help someone, check it out and verify the facts. NEVER give out personal information on the phone or in an e-mail. There are so many scams against the elderly getting ripped off by scammers that I believe it’s time for drastic measures. One that I have in mind is a swift death penalty.

5 responses to “3 Scams Against the Elderly Citizens”