10 Scams That Senior Adults Must Be Aware Of 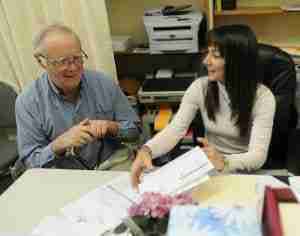 PinDuring the past few years, senior adults have been the primary target of various financial scams, to such extent, that it’s been suggested that this is the major crime of the 21st century. For some reason, con men and women have the mistaken idea that seniors are all wealthy, and have large sums of money at their disposal.

Unfortunately, this is rarely the case. With the economy in terrible condition, plus the recessions that we have suffered, many seniors have seen their nest egg dwindle to practically nothing. As a matter of fact, many have had to take on part time jobs just to make ends meet.  So when some con is perpetrated on a senior adult, it can be a truly devastating crime.

These individuals who practice these scams don’t seek out only wealthy individuals. Their lack of morals causes them to approach any senior citizen and to find a way to take their money. Many times, these types of crimes go unreported because the victim is too ashamed to tell their family about it.

In these current times, many low income senior adults are targeted as well.  To make this crime even worse than it actually is, it’s not always a total stranger who commits this crime. Statistics have revealed that over 90% of scams committed against the elderly, are perpetrated by their adult children, and other family members. What a disgusting, repulsive act to commit against a loved one.

There are ten (10) major scams that we will be reporting on, and because we feel that you need to know all the details, it will be a rather lengthy article. For that reason, we will report and discuss five (5) in each article. The first one to be aware of is called:

All citizens are eligible for Medicare when they reach age 65, so one would think a scam artist would have nothing to gain in this area. Well think again…the con man or woman will sometimes pose as a Medicare representative, and go “phishing” as the term is called. They get the senior citizen to give up all personal information, such as full name, address, social security number, Medicare number, and even secondary insurance company name and policy number.

In addition to the information acquired, sometimes these individuals file false claims with Medicare for a bogus procedure, and are paid rather quickly by Medicare. They can do this on many seniors, and by the time Medicare gets wise, they move, change the name, and pocket a million dollars or more. This is why it’s very important that you review every claim procedure reported to you by Medicare.

Because the cost of prescription drugs in the USA is so high, many senior citizens and others look to the internet trying to find a lower cost alternative. This scam has been increasing in popularity because of the recession, and the fact that many individuals simply can’t afford the cost of insurance to cover prescription drugs.

Recent statistics indicate that the FDA investigates about 20 cases a year. If this is true how many fraud cases do you think aren’t investigated? The dangers in this scam are that individuals will be purchasing fake drugs that won’t help their medical condition, and may even be using some substance that can do damage to them. A double whammy on this one.

This scam validates our previous comment where we stated that scam artists have no morals. Even the FBI gets involved in this one and warns seniors about it. There are generally two different types of operation by the scam artist. In the first, he reads the obituaries and will either call the widow/widower or will attend the funeral service to look for an advantage. He will sometimes tell the grieving individual that the deceased had an unpaid debt with him, and will attempt to extort moneyy to settle the fake obligation.

In the next scam, a funeral director with no morals is involved. They take advantage of the grieving spouse who has no idea of all of the costs involved in a funeral. The most obvious one is for a cremation. Some of these unscrupulous individuals will try to charge for the cost of a burial casket instead of a one made from cardboard that is used in cremations. Also, every now and then you will read about some funeral director being caught using the bait and switch scheme.  Here, an individual pays for an expensive casket that is not used for the burial. Instead, a cheaper casket goes into the ground and the expensive one is used again on someone else.

Here’s one where the scam artists let our egos take over. For some reason, many senior adults don’t want to look or act their age, and instead try to fit in with the younger crowd.

Many seniors seek out medications or other procedures that guarantee them a more youthful appearance or a new found bounce in their step. This alone has brought out many scammers who practice their wares on these foolish individuals.

Most of us have heard about the fake Botox scheme a few years ago that netted the distributors over $1,500,000 in less than a year. Add to this the bogus homeopathic  remedies that have no beneficial result and it’s easy to see that there is a lot of money to be made in this anti aging scam. The Botox scam can have long time effects when done by these incompetent individuals. They usually all contain part of the root ingredient, botulism neurotoxin, which is a very toxic substance, and some of the formulas developed by these renegades are still in the bodies of individuals.

This is one topic that I absolutely despise. I could write a book on this one, and what I would do to stop it. Think about it, what individual would buy something on the telephone from a total stranger and give up their personal financial information? Apparently quite a few or they wouldn’t do it!

That being said, fake telemarketers know that senior citizens, as a group, will purchase twice as much over the telephone than any other age group, so they prey upon them. For whatever reason, perhaps being lonely and wanting someone to talk to, may be why seniors are targeted for these bogus telephone schemes. They probably aren’t fully aware of the risks involved as well, and fall to these scams. Doing business on the telephone doesn’t have any face to face interaction, nor does it create a paper trail, so it usually is very difficult to prosecute.

To make matters worse, as soon as a scammer is successful in his scheme, the mark’s name is passed around to other scammers who continue to defraud the victim. One of the oldest scams in this category is the “Pigeon Drop” that is usually conducted by a pair of con men. One of the con men befriends you and while you are chatting, the second con man approaches and tells his associate that he just found a bag with a very large sum of money in it. One of them suggests that it be split three ways, and since they don’t know you, they ask that you make a good faith deposit that just about equals your share. When the money is split, you will get your deposit back along with your share of the found money.

Once you make your deposit, you all agree to meet at the banker’s office a little later, after he makes a preliminary investigation. When you return later at the designated place, the two con men are gone along with your good faith deposit.